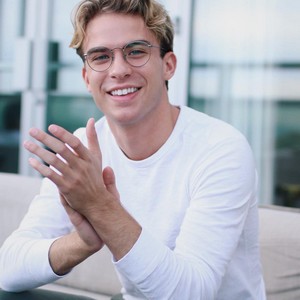 Aaron Rhodes along with his brother makes a duo who spread nothing but positivity through their YouTube videos. Their ‘coming out to their dad’ video instantly went viral as coming out was a daring thing to do. Also, he has been an inspiration to the people who are gay and are not proud of it. Now, let us know about Aaron Rhodes from The Rhodes Brother.

Aaron Rhodes was born on August 9, 1995, in Mansfield, Ohio, US. Ever since Aaron was a kid, he was always keen and passionate about fashion, beauty, makeup and most of all, making others laugh through his positive nature.  As he grew up, he earned a lot of fame for his pranks, challenges, reaction, comedy videos and vlogs which he uploads in his channel, Aaron Rhodes. Previously, the channel name was The Rhodes Brother but, after Austin decided to pursue another career line, Aaron took over the channel and the name of the channel was changed.

Right now,  has earned more than 735k subscribers. Not just that, his channel has attained a total of more than 73 million views from his videos. Other than YouTube, he has lots of fan followings on his various social media platforms. Also, he has more than 432k  followers on his Instagram alone at the time of writing this article.

Now comes the main topic which everyone wants to know about him. Aaron was straight throughout his school. After he was in high school, he realized that he is gay. In his senior year, he used to date a guy, but secretly. Right now, they are not dating anymore as with the use of social media, his ex-boyfriend started seeing other boys behind him. But right now? – he still has not opened about it yet.

At the moment, he is living a happy and prosperous life with a fantastic career. He has a reserved personality, so he has kept his romantic life low profile and out of public attention. Moreover, he seems to be low-key about relationship and romance. It is only a matter of time before he opens up about the romantic chapter of his life.

So is the case for Aaron Rhodes, as most of his earnings and incomes comes from YouTube. The subscribers and viewers count of his has risen significantly over the years.

Currently, he has more than 735k subscribers on his channel with an average of 12,720 views daily.

Net Worth: According to socialblade.com, from his YouTube channel, he earns an estimated $1.7k – $27.4k in a year calculating the daily views and growth of subscribers. Thus, evaluating all his income streams, explained above, over the years, and calculating it, Aaron Rhodes’s estimated net worth is anywhere between, $200k – $300k. 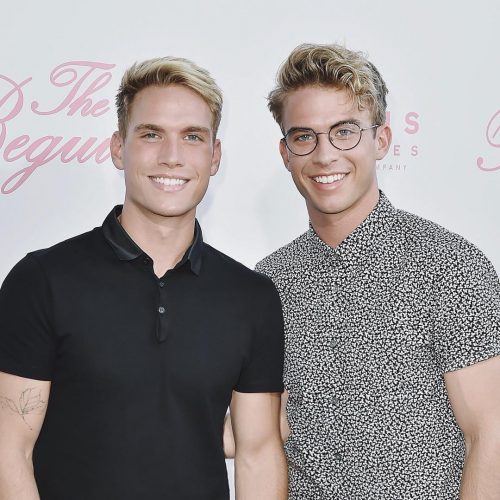 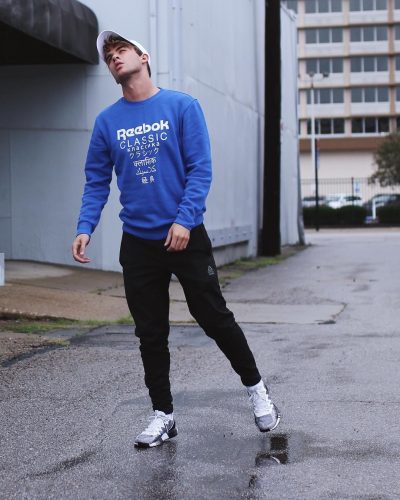 Father:      There is a video where he and his brother called their dad that they are gay. He recorded the call conversation and his dad was extremely supportive of them being gay. Also, he said that nothing has changed between them and he loved both of them the way they are. Later on, he featured his dad on his channel as well.

Mother:    He has not mentioned the identity of his mother in any of his social media until now.

Sibling:    It is obvious that he has a twin brother named Austin Rhodes. They have been extremely close to each other since they were kids.

Education:    As for his education, after completing his high school graduation, he attended Ohio State University. However, he dropped out to move to Los Angeles with his brother Austin.

Aaron Rhodes started his YouTube channel on April 23, 2014 and uploaded his first video titled “Meet The Rhodes Bros!.” Since then he has been uploading various pranks, challenges, reaction, comedy videos and vlogs.

Till now, out of all his videos, “Twins Come Out To Dad” is the most popular videos in his channel. It has racked more than 26 million views as of now.

At the moment, his channel is growing day-by-day with over 735k following his video content. Also, he is consistent in uploading videos as he uploads videos once and twice a week.