Adi Fishman has everything that an entertainer must-have. He is funny, he has a charming personality, he has an awesome friend circle full of YouTubers and the list goes on and on. He has been in this YouTube game for a very long time. He has featured a lot on his brother’s YouTube video which made him grow in the YouTube community. Later, he opened his own personal channel and voila, he has already crossed more than one million subscribers on his channel in less than a year. Now, let us know more about this YouTube sensation, Adi Fishman. 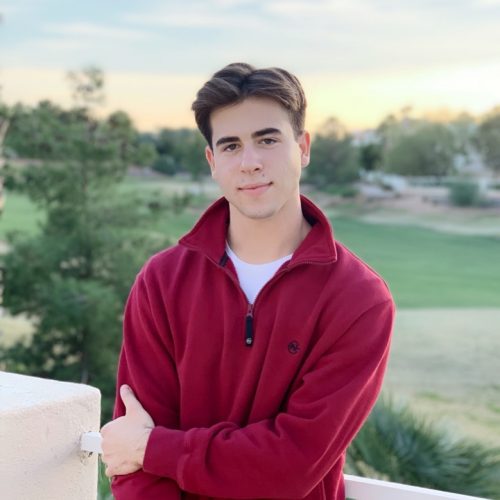 Adi Fishman is a 21 years old YouTuber, who was born on August 11, 2000. in Los Angeles, California, US. Ever since Adi was a kid, he was always interested and passionate about acting and making videos to entertain others. As Adi grew up, he accumulated a lot of fame and recognition for his pranks, challenges, reaction, comedy videos and vlogs which he uploads in his channel, Adi Fishman.

Right now, Adi has earned more than 1.26 million subscribers. Not just that, his channel has attained a total of more than 105 million views from his videos. Other than YouTube, he has lots of fan followings on his various social media platforms. Also, he has more than 565k  followers on his Instagram alone at the time of writing this article.

He first came into the YouTube alongside his brother, Tal Fishman on April 26, 2014, under the name Free Time where they posted pranks and challenges videos. Many of the videos went viral where he was featured. As a result, his fanbase started to grow as the channel already has more than 2.5 million subscribers with more than 180 million total views. He has also collaborated with fellow YouTubers including Hunter Rowland and DangMattSmith. 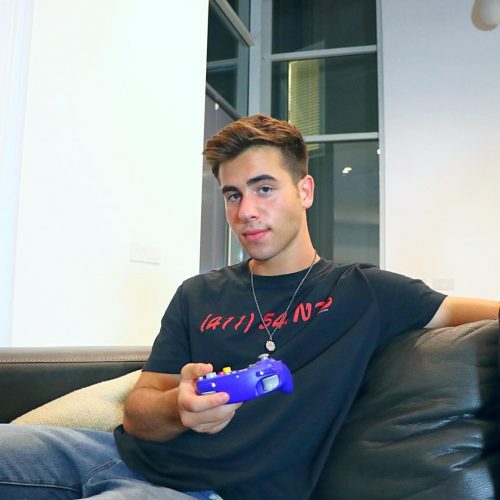 If you watch Adi Fishman, you already know that he is in a relationship. He is dating a beautiful girl named Emily Alexander. Most of his videos are related to her as they do different pranks and challenges which are really fun to watch. The couple really gets along with each other. She is also a YouTuber who has her own eponymous channel which has more than 326k subscribers. The couple is absolutely loved by their fans and it won’t too hard to find the comment where people would say that they are what we call, “Perfect Couple” or “Couple goals.”


They started dating since September 10, 2017. It has already been two years that they are with each other and their love is getting stronger with each passing day. 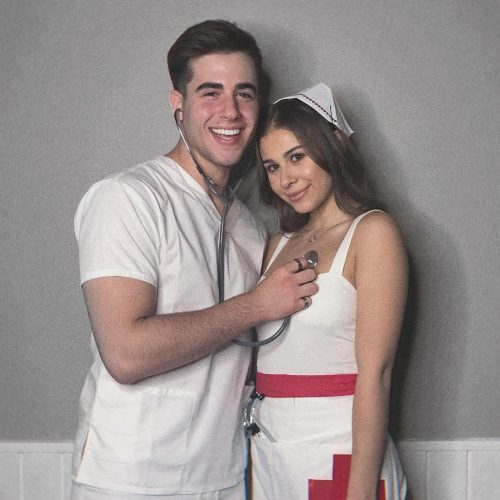 Sibling:    He has a brother named Tal Fishman and a sister, Shani Fishman.

What is Adi Fishman’s NET WORTH and EARNINGS??

Merchandise: As a popular YouTuber, many of Adi fans and viewers have asked for his merchandise. Fortunately, Adi has provided his own merchandise which is sold through, addictedmerch.com.

At the moment, he mostly sells custom-made T-shirts, hoodies and other accessories with various stickers and prints. The prices of the merchandise range from $30 – $50 which is very affordable and gets ‘sold out’ time and again.

So is the case for Adi Fishman, as most of his earnings and incomes come from YouTube. The subscribers and viewers count of his has risen significantly over the years.

Currently, he has more than 1.26 million subscribers on his channel with an average of 618,498 views daily.

Net Worth: According to socialblade.com, from his YouTube channel, Adi earns an estimated $55.7K – $890.6K in a year calculating the daily views and growth of subscribers. Thus, evaluating all his income streams, explained above, over the years, and calculating it, Adi Fishman’s net worth is estimated to be around $800k – $900k.

Adi Fishman started his YouTube channel on May 20, 2018, and uploaded his first video titled “What I Did Over Summer In 100 Seconds.” Since then he has been uploading various pranks, challenges, reactions, comedy videos, and vlogs.

Till now, out of all his videos, “SPIN The MYSTERY WHEEL And DOING Whatever It Lands On! – Challenge” is the most popular videos on his channel. It has racked more than 4.2 million views as of now.

At the moment, his channel is growing day-by-day with over 1.26 million following his video content. Also, he is consistent in uploading videos as he uploads videos two to three times a week.

Is Adi Fishman involved in any RUMORS AND CONTROVERSY?