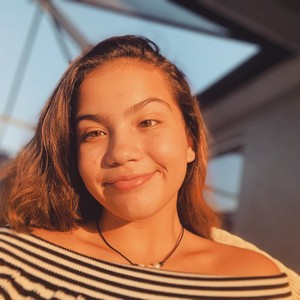 Alisson Sister Forever is the older sister from the ‘Sister Forever’ YouTube channel. She is just 11 years old and has got massive popularity through her daily vlogs and hauls. She is famous among kids for her YouTube content.

Alisson Sister Forever was born on March 29, 2007, in the United States. Ever since Alisson was a kid, she was always keen and passionate about lifestyle and fashion. As she grew up, she earned a lot of fame for her pranks, challenges, reaction, comedy videos and vlogs which she uploads in her channel, Sister forever.

Right now, Alisson has earned more than 884k subscribers. Not just that, her channel has attained a total of more than 147 million views from her videos. Other than YouTube, she has lots of fan followings on her various social media platforms. Also, she has more than 83.4k  followers on her Instagram alone at the time of writing this article.

Sibling:    She has a younger sister, who shares the same YouTube channel.

Considering Alisson’s latest 15 posts, the average engagement rate of followers on each of her post is 21.92%. Thus, the average estimate of the amount she charges for sponsorship is between $344.25 – $573.75.

So is the case for Alisson Sister Forever, as most of her earnings and incomes come from YouTube. The subscribers and viewers count of her has risen significantly over the years.

Currently, she has more than 884k subscribers on her channel with an average of 206,822 views daily.

Net Worth: According to socialblade.com, from her YouTube channel, she earns an estimated $18.6K – $297.8K in a year calculating the daily views and growth of subscribers.

Thus, evaluating all her income streams, explained above, over the years, and calculating it, Alisson Sister Forever’s net worth is estimated to be around $50k – $100k.

Alisson Sister Forever started her YouTube channel on May 12, 2016, and uploaded her first video titled “First time with glasses.” Since then she has been uploading various pranks, challenges, reaction, comedy videos, and vlogs.

Till now, out of all her videos, “MOM CAN’T SAY NO !! KIDS IN CONTROL FOR 24 HOURS | SISTER FOREVER” is the most popular videos on her channel. It has racked more than 6.7 million views as of now.

At the moment, her channel is growing day-by-day with over 884k following her video content. Also, she is consistent in uploading videos as she uploads videos 3-4 times a week.