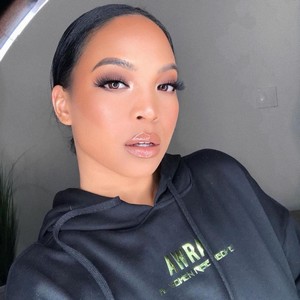 Aliya Janel’s dancing talents are simply amazing and astounding. Her dance moves are so energetic and crisp that anyone would want to dance along with her. At the same time, she shows off her amazing fashion sense and style which gives her a unique identity. She has massive talent, charming personality, sexy body physique, spot-on fashion sense, and the list goes on and on. Now, let us know more about her life in detail.

Aliya Janell was born on October 16, 1994, in the United States. Ever since Aliya was a kid, she was passionate and interested in dancing, fashion, choreography, and glamour. As she grew up, Aliya became an Instagram star who earned a lot of fame and attention for choreography and dance videos, and hot modeling portraits which she uploads on her Instagram account.

Also, she is the owner and founder of her own online clothing lime named Queens N’ Lettos. At the time of writing this article, Aliya has already amassed more than 2.1 million on Instagram alone.

Not just that, she also has a YouTube account, AliyaJanell, which already has more than whopping 1.3 million subscribers. Also, her videos have crossed over 178 million views after opening the account on November 4, 2013.

Aliya Janell’s dance is not enough of praises and appreciations. However, there is one guy who is never tired of praising her work and beauty. He is the long term boyfriend of Aliya, named Tallie Brinson. They were dating each other even when she was not as popular as she is today. It won’t be wrong to say that his support, love, and motivation deserves some credit for the success she has. Not just that, he has already proposed her in October 2018.

Tallie is also the fellow dancer who was a finalist on America’s Best Dance Crew along with his group ‘Strikes All-Stars’. Since the duo has a common interest, it has been a blessing to make their relationship grow stronger and better.

Considering Aliya latest 15 posts, the average engagement rate of followers on each of her post is 4.27%. Thus, the average estimate of the amount she charges for sponsorship is between $4,170 – $6,950.

At the moment, she mostly sells a custom-made T-shirt, hoodies and other accessories with various stickers and prints. The prices of the merchandise range from $30-$50 which is very affordable and gets ‘sold out’ time and again.

So is the case for Aliya Janell, as most of her earnings and incomes come from YouTube. The subscribers and viewers count of her has risen significantly over the years.

Currently, she has more than 1.3 million subscribers on her channel with an average of 510,224 views daily.

Net Worth: According to socialblade.com, from her YouTube channel, she earns an estimated $45.9K – $734.7K in a year calculating the daily views and growth of subscribers. Thus, evaluating all her income streams, explained above, over the years, and calculating it, Aliya Janell’s estimated net worth is $1.5 million – $2 million

Father: She has not mentioned the identity of her father in any of her social media till now.

Mother: Similarly, she has not opened up about her mother too.

Sibling: It can be stated that she doesn’t have any siblings, as she has not given any hints about having siblings on any of her social media.

Childhood: Her childhood was very great with a lot of support and attention from her parents. They were always fulfilling everything she needs to pursue what she wants. In simple words, she had experienced a childhood which has certainly played a key role to achieve the success she is gaining right now.

Education: She is quite introvert regarding her personal background. Thus, her qualification and educational background are not available.

Aliya Janell’s say on her career:

Beginning with a repost from Jason Derulo, followed by: Chris Brown, Nicki Minaj, and a few more of our everyday artists. Transitioning from dancing behind these artists as ONLY a dancer to becoming a choreographer and getting my work acknowledged by them as a fellow artist has been surreal. Besides dancing my life away with Queens N Lettos I collab with the most beautiful, talented artist on our social media, get the nails did, eat life away, love my loved ones, and live life the only way i know how.

Aliya Janell started her YouTube channel on November 4, 2013, and uploaded her first video titled “Nothing Even Matters w/ @tallielbrinson @Qburdette.” Since then she has been uploading various Dance tutorial, choreography, and vlogs.

Till now, out of all her videos, “Level Up | Ciara | Aliya Janell Choreography | Queens N Lettos” is the most popular videos in her channel. It has racked more than 18 million views as of now.

At the moment, her channel is growing day-by-day with over 1.3 million following her video content. Also, she is consistent in uploading videos as she uploads videos 3-4 times a week.