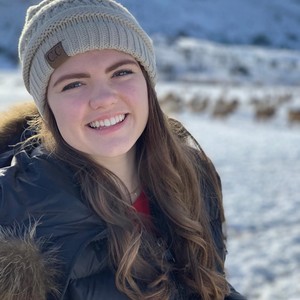 19 years old Audrey is fond of making beauty vlogs,  and reviews. At such a young age she is famous among one and a half million YouTube audiences. All thanks to her parents, that allowed her do what she is passionate about and earn fame in her teen life.

AllAroundAudrey is an American YouTuber who has earned a lot of fame for his makeup tutorial and tricks, beauty tips, product reviews, travel vlogs, pranks, challenges, reaction, comedy videos and vlogs which she uploads in her channel, AllAroundAudrey. Right now, she has earned more than 1.5 million subscribers. Not just that, her channel has garnered a total of more than 450 million views from her videos. Other than YouTube, she has lots of fan followings on her various social media platforms. Also, she has more than 226k  followers on her Instagram alone at the time of writing this article.

Audrey is a multi talented girl who loves filming, dancing, ice skating, playing instruments, and having fun. At this stage of life, she doesn’t want to make her life boring by getting into the relationship. She is very focused on her career and YouTube. That is why she doesn’t have time to focus on love and romance. It is just the matter of time till she gets into relationship stuff seriously.

There is not even a single information about her love life or her partner in crime, in any of her social medias. Despite the fame and limelight, she has been an amazing individual who could give a separate space to her personal and professional life. Moreover, she seems to be low-key about relationship and romance. It is only a matter of time before she opens up about the romantic chapter of her life.

Father:      She shares a very close bond with her father, she often posts her family’s picture on her Instagram.

Sibling:    She has a younger sister named Jordan. She shares a channel is JustJordan33. She has two younger brothers named Jake and Ty respectively. They both have a common channel,  Jake and Ty.

Education:    She is currently doing her first semester in college. She has graduated her schools.

Considering her latest 15 posts, the average engagement rate of followers on each of her post is 7.72%. Thus, the average estimate of the amount she charges for sponsorship is between $678.75 – $1,131.25.

So is the case for AllAroundAudrey, as most of her earnings and incomes come from YouTube. The subscribers and viewers count of her has risen significantly over the years.

Currently, she has more than 1.5 million subscribers on her channel with an average of 821,859 views daily.

Net Worth: According to socialblade.com, from her YouTube channel, she earns an estimated $74K – $1.2M in a year calculating the daily views and growth of subscribers.

Thus, evaluating all her income streams, explained above, over the years, and calculating it, AllAroundAudrey’s estimated net worth is $800,000-$900,000.

AllAroundAudrey started her YouTube channel on  May 19, 2014, and uploaded her first video titled “First Video: Q&A and Get to Know Me!.” Since then she has been uploading various makeup tutorial and tricks, beauty tips, product reviews, travel vlogs, pranks, challenges, reaction, comedy videos, and vlogs.

Till now, out of all her videos, “20 Types Of Students – Back To School / AllAroundAudrey” is the most popular videos on her channel. It has racked more than 9.2 million views as of now.

At the moment, her channel is growing day-by-day with over 1.5 million following her video content. Also, she is consistent in uploading videos as she uploads videos 3-4 times a week.