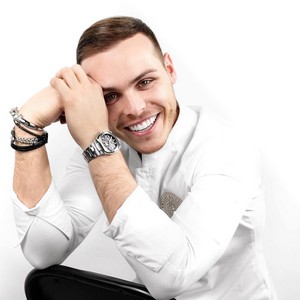 Art is something that you can create out of anything. And, the person who fits this statement is none other than an extraordinarily talented chef, Amaury Guichon. He creates art from pastry, doesn’t it sound amazing? He has made himself known for his intricately detailed pastry creations which look more of an art than the food itself. His work is known internationally because of the jaw-dropping pastry art he creates and shares via his Instagram, followed by millions of people. Because of his extraordinary expertise, he is the host of a popular Netflix show, “School of Chocolate.” Now let us know about this amazing pastry chef, Amaury Guichon.

Amaury Guichon was born on March 15, 1991, in France. Ever since Amaury was a kid, he was passionate and interested in the delicate art of pastry. As he grew up, Amaury became an Instagram star who earned a lot of fame and attention for outstanding forms of pastry making videos which he uploads on his Instagram account.  At the time of writing this article, Amaury has already amassed more than 4.6 million on Instagram alone.

Amaury spent his childhood in the Haute-Savoie region of France. It is a neighboring French-speaking part of Switzerland as well. From an early age, he was creative and imaginative. At the same time, he showed little to no interest in school and academics where he couldn’t explore his talents. When he was 14 years old, he left the school to explore where could he explore his creativity and imagination. 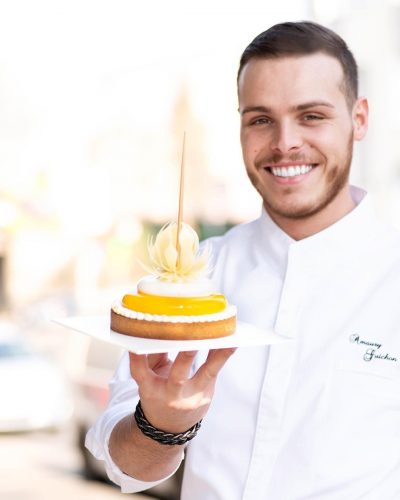 Chef Amaury Guichon began his culinary education at a young age. In 2005, he left to France to start working in savory (BEP) at the Ecole Hoteliere Savoie Leman at the age of 14. He trained there for more than two years.

However, he did not settle his passion to know more about the culinary arts. Thus he went back to Switzerland to train in pastry. He completed and excelled in 2 years of pastry (CAP) at Wolsberg College starting from 2007 to 2009. During this time, he secured 1st Place in the Apprentice Chocolate Showpiece Contest.

Discovering his true passion, he went to Paris for pastry education (BTM), at Lenotre, to have advanced knowledge about it. It won’t be a surprise to tell that he won the gold medal of “Best Apprentice of France”.

In 2011 he went back to Cannes to work in his first leadership role at the Lenotre shop. He taught classes for beginners and mentored five apprentices. In 2012 he became the Executive Chef of Hugo & Victor in Paris. After two years there, he started working in the United States at the Jean Philippe Patisserie in Las Vegas for three years.

In 2017, he branched out on his own again, to travel the world teaching his Masterclasses and extensive knowledge in the leading Culinary Academies. Today, he is the most followed Pastry Chef on Social Media in the world with millions of followers. He never settled and took risks to be one of the best in his passion for pastry making which is why he is so successful.

He is now the host of a popular Netflix TV show named School of Chocolate.

Amaury Guichon NET WORTH AND EARNING

International Pastry Instructor: As one of the legendary pastry chefs in the entire world, many pastry enthusiasts are willing to pay a lot to learn from seemingly one of the best in the business. He frequently travels all around the world to share his extensive knowledge of pastry making. And there is no denying, he makes a lot of money from this frequent travel of teaching. Not just that, his book “The art of flavor” has a high number of sales which brings him a lot of money as well.

Net worth: Thus, evaluating all his income streams, explained above, over the years, and calculating it, Amaury Guichon’s net worth is estimated to be around $5 million.

As a popular chef, it is obvious that people would want to know about his romantic life as well. Fortunately, his love life is just as good as his professional life is. At the moment, he is in a relationship with a beautiful woman named Fiona Bergson. Surprisingly, she is the camerawoman who captures the astounding masterpiece he creates. Not just that, she is the director of Pastry Academy situated in Las Vegas opened by Amaury. That shows how much they love and support each other. She is also a multi-talented person as she is a tattoo shop owner and freelance photographer. Amaury and Fiona married during the midst of the Covid-19 pandemic – in winter 2020.

It definitely won’t be wrong to say that their relationship is destined to last forever. They have been an example and a lesson for couples who tend to part their ways in the smallest of things. 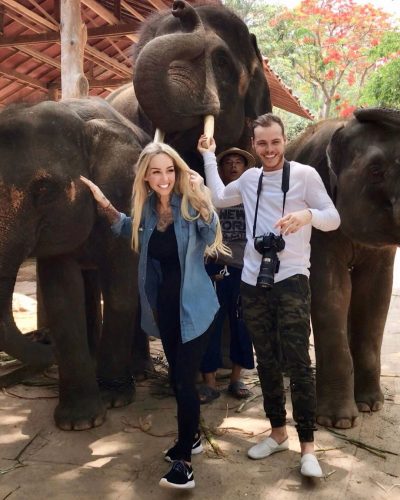 Education:    Amaury has extensive knowledge and expertise in his best. Firstly, he spent two years studying cooking in Thonon-Les-Bains, France. There it was where he found his passion, Pastry. To further learn about it, he took a two-year apprenticeship in Geneva, Switzerland followed by several internships. Surprisingly, his thirst to know more about it again led to enrolling in a two-year curriculum related to Advanced Pastry Skills. Now that is some resume for being a pastry chef.