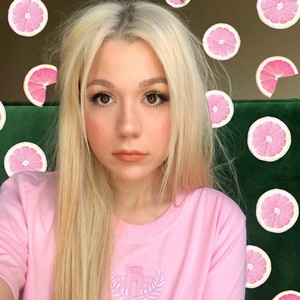 Playing with slime and it’s DIY it has been one of the viral things on the internet. andreaXandrea, being a DIY slime artist, became an instant favorite for people searching for quality slime DIYs. Not only that, her creative talent lies in makeup as well. Her makeup hack and tutorials also have earned a lot of popularity for the quality and clever way of applying makeup.

andreaXandrea is an American YouTuber who is best-known for uploading makeup tutorial and tricks, beauty tips, product reviews, and DIY slime videos in her channel, andreaXandrea. At the moment, she has earned more than 917k subscribers as of June 2018. Also, her channel has garnered a total of more than 110 million views as well. Besides YouTube, she has lots of fan followings on her other social media platforms. Also, she has more than 76.4k  followers on her Instagram alone at the time of writing this article.

Sponsorship: As she has more than 76.4k followers on her Instagram account, advertisers pay a certain amount for the post they make. Considering her latest 15 posts, the average engagement rate of followers on each of her post is 6.69%. Thus, the average estimate of the amount she charges for sponsorship is between $310.5 – $517.5.

Merchandise: As a popular YouTuber, she has her own merchandise which is in high demands from her fans. Currently, she sells the products related to slimes having different features. The price of the products ranges from $5 to $10.

YouTube: YouTube has been a platform where people can work by connecting with viewers and getting paid for the ads viewers watch in the process of watching their videos. So is the case for andreaXandrea, as most of her earnings and incomes come from YouTube. The subscribers and viewers count of her has risen significantly over the years. Currently, she has more than 917k subscribers on her channel with an average of 19,689 views daily.

According to socialblade.com, from her YouTube channel, she earns an estimated $1.8K – $28.4K in a year calculating the daily views and growth of subscribers. Thus, calculating income streams talked above, her estimated net worth is anywhere between $400k – $500k.

Sibling:    She has featured her younger sister named Stephanie in many of her YouTube videos.

andreaXandrea started her YouTube channel on March 7, 2014 and uploaded her first video on Aug 29, 2016 titled “How To Make Two Kinds Of Slime + THE ULTIMATE UNICORN SLIME!!!.” Since then she has been uploading various makeup tutorial and tricks, beauty tips, product reviews and DIY slime videos.

Till now, out of all her videos, “MY FAVORITE NO GLUE, NO BORAX SLIME DIY RECIPES??” is the most popular videos in her channel. It has racked more than 8.5 million views as of now.

At the moment, her channel is growing day-by-day with over 917k following her video content. Also, she is consistent in uploading videos as she uploads videos three to four times a week.