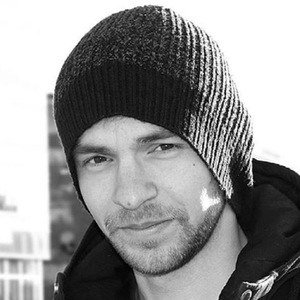 Andrei Terbea has inspired and delivered meaningful messages to the viewers with his brilliant animations which often has a comedic touch. Every video of his are interesting and keeps the viewers engaged till the end. His dedication and talent in this field have been vocal to lots of struggling animators who are often underestimated. Due to his insane creative content delivery, he crossed 1 million subscribers in a matter of months.

Andrei Terbea is a Romanian YouTuber who is best-known for uploading videos about comments and opinions on trending and delicate subject delivered by spot-on animations in his channel, Andrei Terbea. At the moment, he has earned more than 1.25 million subscribers as of June 2018. Also, his channel has garnered a total of more than 56 million views as well. Besides YouTube, he has lots of fan followings on his other social media platforms. Also, he has more than 60.2k  followers on his Instagram alone at the time of writing this article.

Present status:    Andrei Terbea said that he is reserved and introvert in nature on one of his videos. He also said that he likes his personal space out of anyone’s attention. So, the question about his relationship status is only to speculated as he has kept his mouth shut when it comes to his romantic life. So, it is a matter of time until he decides to unfold the romantic chapter of his life through his brilliant animations.

YouTube: Much of his income comes from his YouTube ads appearing on his videos. According to socialblade.com, his estimated yearly earnings from YouTube is between $3.9K – $62K.

Also, as a successful animator, he has been offered many lucrative projects which are only between him and the contracting party. However, with the presented information, it is still not sufficient to estimate his net worth at the moment.

Sibling:    He has also not mentioned anything about his siblings.

Childhood:    In one of his videos, he said that he is introvert and likes his own personal space. That is the reason why he has not mentioned his childhood and anything about his family till today on any of his social media accounts.

Andrei Terbea started his YouTube channel on April 30, 2013 and uploaded his first video on April 30, 2013 titled “Robb Stark – Vector Drawing Process.” Since then he has been uploading various videos about comments and opinions on trending and delicate subject delivered by spot-on animations

Till now, out of all his videos, “How KSI Saved Logan Paul’s Career” is the most popular videos in his channel. It has racked more than 12 million views as of now.

At the moment, his channel is growing day-by-day with over 1.25 million following his video content. Also, he is consistent in uploading videos as he uploads videos once a week.