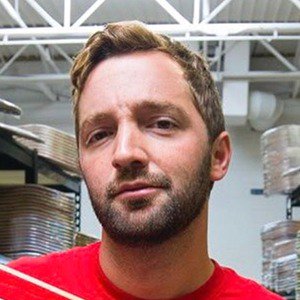 Andy Schrock is an American YouTuber who is also the owner of ReVive Skateboard and  Force Wheel. People take skateboards as a hobby, but who would have thought it could possibly be a career. Andy Schrock was keen on a skateboard since his childhood and now he has taken his interest to a next level as a profession

Andy Schrock is an American YouTuber who is best-known for uploading skateboarding, comedy videos and vlogs in his channel, Andrew Schrock. Right now, he has earned more than 2.3 million subscribers. Not just that, his channel has garnered a total of more than 1.4 billion views from his videos. Other than YouTube, he has lots of fan followings on his popular social media platforms. Also, he has more than 262k followers on his Instagram alone at the time of writing this article.  Also, he is the owner of ReVive Skateboard and Force Wheels.

Sponsorship: As he has more than 262k followers on his Instagram account, advertisers pay a certain amount for the post they make. Considering his latest 15 posts, the average engagement rate of followers on each of his post is 3.41%. Thus, the average estimate of the amount he charges for sponsorship is between $784.5 – $1,307.5.

Merchandise: As a popular YouTuber, many of his fans and viewers have asked for his own merchandise.  Fortunately, he has provided his own merchandise which is sold through, reviveskateboards.com  or theshredquarters.com.  At the moment, he mostly sells custom-made skateboards and other accessories with various stickers and prints. The prices of the merchandise range from $20-$100 which is very affordable and gets ‘sold out’ time and again.

YouTube: YouTube has been a platform where people can work by connecting with viewers and getting paid for the ads viewers watch in the process of watching their videos.  So is the case for Andy Schrock, as most of his earnings and incomes comes from YouTube. The subscribers and viewers count of his has risen significantly over the years.  Currently, he has more than 2.3 million subscribers on his channel with an average of 2,821,730 views daily.

Net worth: According to socialblade.com, from his YouTube channel, he earns an estimated $254K – $4.1M in a year calculating the daily views and growth of subscribers.  Thus, evaluating all his income streams, explained above, over the years, and calculating it, Andy Schrock’s estimated net worth is $1.5 million -$2 million.

Andy Schrock is a humorous man with a charismatic personality. His humor is loved by his viewers which have made him to the top of the YouTube ranking. He has won the heart of many YouTube audiences with the 2.3 million subscribers.

Among the millions of people all around the world, Andy gave his heart to a woman named Brittany Lynn a decade back. They dated for a long time, and finally got married on July 29, 2013. They have two sons as of now.

Andy has featured his wife and children in most of his videos. The acts and the behavior in the videos clearly show that they are very happy with each other. Their relationship still feels lively even after years and years of togetherness. Their social media is also flooded with each other’s post and cheesy captions. The post speaks it all about their healthy relationship.

Andy Schrock started his YouTube channel on June 11, 2007, and uploaded his first video titled “Funniest Montage Ever (720 double flip).” Since then he has been uploading various skateboarding, comedy videos and vlogs.

Till now, out of all his videos, “How To Play With Your Toddler 101: PlayGround!” is the most popular videos on his channel. It has racked more than 86 million views as of now.

At the moment, his channel is growing day-by-day with over 2.3 million following his video content. Also, he is consistent in uploading videos as he uploads videos 3-4 times a week.

Few rumors about celebrities regarding their relationship and career spread here and there. People make tales and try to bring celebrities down due to hatred and jealousy. But, Andy Schrock has successfully got him out of unwanted rumors. He has distracted himself quite well from the negative energy that drains out from the haters. He has done a praiseworthy job to keep him away from controversies with positivity and good work.