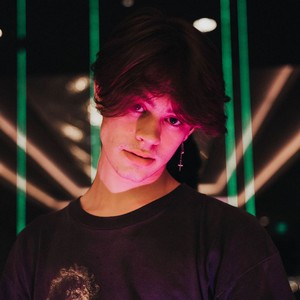 It all began with just following a trend of uploading videos on TikTok. Little did Anthony Reeves knew that he will be one of the most popular and followed people on the entire TikTok platform. The thing is, many people get viral and they fade away quickly just as they rose. But, that is not the case for Anthony Reeves because he was able to maintain his viral popularity. Creds to his astounding and charming looks and appearance as well as his charismatic personality for this feat. He has literally won the hearts of millions of girls of his age and many boys look up to him. All that at just  20 years of age. Kuddos, Anthony. Below we will cover about Anthony Reeves’s age, girlfriend, height, net worth so you better keep reading.

Anthony Reeves is a 20 years old social media star was born on November 7, 2001, in Ashland, Kentucky, US. Ever since Anthony was a kid, he was passionate and enjoyed acting, modeling, and making others laugh. As he grew up, Anthony became a social media star who earned a lot of fame and attention for lip-sync videos and modeling portraits which he uploads on his Instagram and TikTok account under the name, @luvanthony.  At the time of writing this article, Anthony has already amassed more than 5.3 million on TikTok alone.

As we all know, Anthony is not alone in this journey of sudden TikTok fame. There are few young boys like him who have achieved popularity through TikTok. And, the good thing is, these viral sensations have collaborated together to create a group called ‘SWAY HOUSE.’  The group includes Josh Richards, Jaden Hossler, Griffin Johnson, Bryce Hall, and Kio Cyr.They are literally everywhere be it on TikTok or Instagram. The group has earned massive clout and popularity at the moment and Anthony Reeves lies at the heart of the group.

Other than Tiktok, he has more than 2.2 million people already following on his Instagram account at this moment. Matter of fact, he already has more than 203,000 subscribers by just uploading one video. And in the video, he just spoke a few words and that’s it. Just look at it.

As we mentioned above, Anthony Reeves has won the hearts of many young girls of his age. If you look over his comment section, watch how girls spam with comments expressing the craze they have for him. But, sad news for them as Anthony Reeves is already committed in a relationship.

At the moment, Anthony Reeves is dating a beautiful girl named Avani Gregg. They fell in love with each other and have been in a relationship since late 2019. She is a famous TikTok star just like him. And funny thing is, she is even more popular than he is with over 9.3 million followers on TikTok. So, it is not a surprise that they are a very popular couple which everyone knows.

Though many boys and girls are jealous or maybe even heartbroken, there is no denying that they make perfect of a couple. But, they are still very young and it will be time that will tell if they will hang on to each other or not. Nevertheless, they are enjoying the best days of their lives with each other. 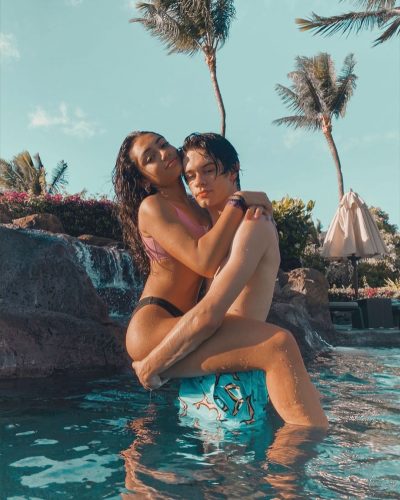 TikTok Sponsorship: As Anthony has more than 5.3 million followers on his TikTok account, advertisers pay a certain amount for the post they make.

Considering Anthony’s latest 15 posts, the average engagement rate of followers on each of his post is 2.48%. Thus, the average estimate of the amount he charges for sponsorship is between $3,178 – $5,297.

Instagram Sponsorship: Meanwhile, Considering Anthony’s latest 15 posts on Instagram, the average engagement rate of followers on each of his posts is 21.30%. Thus, the average estimate of the amount he charges for sponsorship is between $4,557 – $7,595. 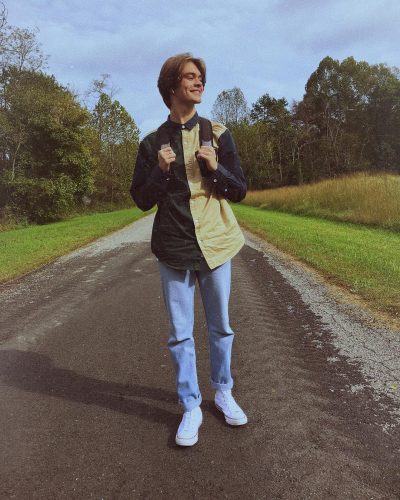 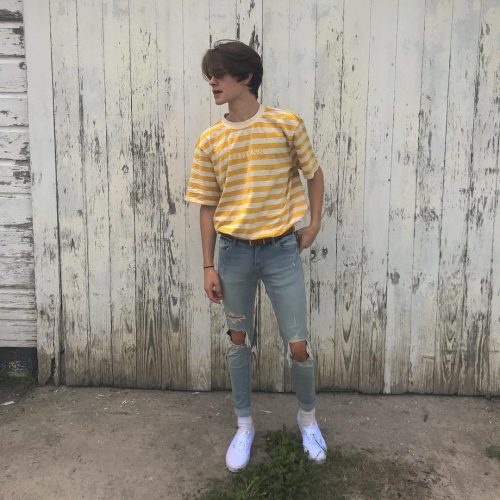 Sibling:    He has three brothers.

Highschool:    He has not disclosed much about his education and qualifications. He has completed his high school education but the details regarding where he studied remain unknown.