Shannon Williams is a sweet and good-looking singer. Her passion and love for singing started since small and she has come a long way. As she belongs to mixed ethnicity, she has a blend of all cultures which she respects. Her full of life and positive attitude are what make her so desirable. She has achieved a lot at such a young age and has a long way to go. Let us have a look at her life through this article.

Shannon Arrum Williams was born on 26 May 1998, in England. Shannon is of Multi-racial descent. Shannon was born to a Welsh father, Chris Williams Lees, and a Korean mother, Kim Jung-mi.  She has two older twin half-brothers, Christian and Jonah Lees, who are from her father’s previous relationship.

Ever since Shannon was a kid, she was passionate about singing. She loves to sing as it brings her peace. In addition to that, she also loves modeling and fashion. She likes to click pretty selfies and pictures of herself and posts them on her social media. . Shannon Arrum Williams’s childhood was really great amidst a lot of care and love from her parents. They were continuously meeting everything Shannon requires to pursue what she wants. In simple terms, Shannon had undergone a childhood that has unquestionably played a pivotal role to achieve the progress Shannon is getting momentarily.

Shannon studied at Dwight School Seoul but dropped out.

Shannon Arrum Williams is a young attractive singer and celebrity. Her fans go crazy to hear her sing. It is obvious that she has a huge fan base. She has been able to get attention from all over the world. Her fans are very curious to know about her life, specifically her love life. They want to find out if their favorite singer is in a relationship with someone or not. We tried browsing various sites and going through her social media if we could find any information that could reveal her relationship but we could not. It seems like Williams is a private girl and loves to maintain her privacy. She does not want her fans’ attention to be divided from her work to her love life. As per her social media, it looks like she is single and is focusing on her career. She is loving her work and wants to continue doing so without being distracted.

Shannon made her official debut with her first digital single “Daybreak Rain” in 2014.  Her single was on number 32 on the Gaon digital chart. She released a collaboration with Vasco and Giriboy titled “Breath” on 26 December.

Shannon released her first mini-album called “Eighteen” in 2015, which includes seven tracks with the lead single “Why Why”. In collaboration with rapper Yuk Ji-dam, Shannon also released her digital single.

In 2016, she released another single, “Lachrymal Gland”, which featured Soheechan.

Shannon Arrum Williams stands at the height of 5 feet and 3 inches. 45 kg.  Shannon looks very attractive with beautiful Dark Brown eyes and Dark Brown hair. Also, she has a Slim and Lean body physique. However, the detailed statistics showing Shannon’s body measurements are not known. 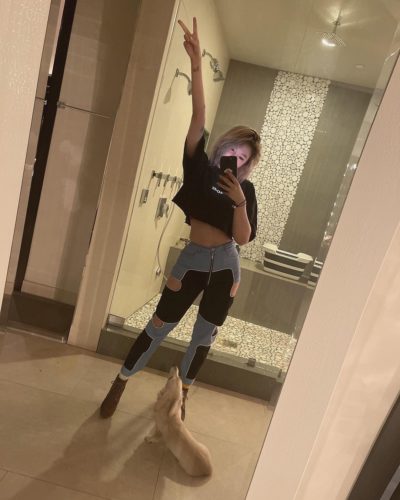 singing: Shannon has earned herself the position she is now. She has worked hard to get the name and fame. she is well-deserving for all the love she is getting from her fans and followers. According to glassdoor.com, the average annual income of a singer is $50214.43.

Sponsorship: As she has more than 322,000 followers on her Instagram account, advertisers pay a certain amount for the post they make. Considering her latest 15 posts, the average engagement rate of followers on each of her posts is 14.86%. Thus, the average estimate of the amount she charges for sponsorship is between $970.5 – $1,617.5.

Thus, calculating Shannon’s income streams, which we mentioned above, over the years, Shannon Arrum Williams estimated net worth is $400,000 – $500,000.

A: Shannon Arrum Williams’s height is 5 feet and 3 inches.

A: Shannon Arrum Williams is Single at the moment.

Q: What is Shannon Arrum Williams’s Net Worth?

It is apparent that several bad information about figures like Shannon Arrum Williams involving them spread here and there. Shannon haters can make stories and attempt to take her down due to jealousy and envy. Yet, Shannon has nevermore given much thought to it. Preferably Shannon concentrates on positivity and love, Shannon’s fans and followers give. Shannon has done excellent work to keep herself distant from controversies until this day.