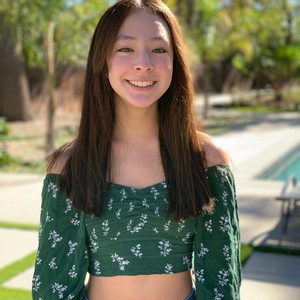 Aubrey Anderson-Emmons being just 13 years old, has earned huge fame and popularity through her outstanding performances in movies. She won the Screen Actors Guild Award at the age of 4 and is also the youngest one to get the award.

Who are the parents of Aubrey Anderson-Emmons?

Aubrey Anderson-Emmons was born on June 6, 2007, in Santa Monica, California. Aubrey is of Mixed descent.

Aubrey’s mother is Amy Anderson, who is an American comedian, actress, and writer. Her mother is Korean-American. She was a classically-trained musician, she has singing and playing the piano and guitars for many years. She earned a bachelor’s degree in Music Education. Her career took a different turn after she completed college, working in a variety of positions. However, she eventually found out what her real passion was and chose to move into comedy and acting and is now currently resides in Southern California, where she is a working actor and comedian.

Aubrey’s father Kent Emmons is a media entrepreneur. He is the CEO of Crave News and he has also founded Comedy Radio Group of networks like Comedy World, All Comedy Radio, and National Lampoon Comedy Radio.

Ever since Aubrey was a kid, she was passionate about acting, dancing. She is living a childhood in a very caring and loving environment. Her parents are really supportive and attentive to her needs. In simple words, she is getting a childhood that will surely make her a talented and independent woman.

However, Aubrey has not disclosed anything about this topic on the internet until now. We searched through the internet and also scrolled through her social media accounts but we could not find any information about her current relationship status. Furthermore, she is still very young to understand the difference between love, attraction, and infatuation. So, she is probably single at the moment.

Aubrey started off her career as an actress by joining the cast of Modern Family in its third season in 2011. She replaced Ella and Jaden Hiller in the role of Lily Tucker-Pritchett, a Vietnamese-born role child adopted by a gay American Couple. She became the youngest person ever to receive the Screen Actors Guild Award at the very young age of 4.

She also became the youngest Asian-American child star on the red carpet at the 2012 and 2013 Primetime Emmy Awards.

Aubrey does a regular YouTube segment, FoodMania Review, with her mother, Amy, which they began in 2015. As of February 2019, they have 29,100 subscribers and over 1 million combined views.

Aubrey Anderson-Emmons’s height is not known at the moment. The information regarding her weight remains unknown. Aubrey looks very attractive with beautiful Dark Brown eyes and Dark Brown hair. Also, she has a Slim and Lean body physique. The details regarding her body measurements remain unknown.

Acting: Aubrey is just 13 years old as of 2020 and can be considered as a child actress and according to izea.com average income of a child actor is estimated to be around $52,000.

Sponsorship: As she has more than 629k followers on her Instagram account, advertisers pay a certain amount for the post they make. Considering her latest 15 posts, the average engagement rate of followers on each of her posts is 8.25%. Thus, the average estimate of the amount she charges for sponsorship is between $1,825.5 – $3,042.5.

YouTube: Currently, Aubrey has more than 29.1k subscribers on her channel with more than 2.9 million views until now.

According to socialblade.com, from her YouTube channel, Aubrey earns an estimated $1.8K – $29K in a year.

Thus, calculating Aubrey’s income streams, which we mentioned above, over the years, Aubrey Anderson-Emmons estimated net worth is $500,000 – $600,000.

Q: What is Aubrey Anderson-Emmons’s birthdate?

Q: What is Aubrey Anderson-Emmons’s age?

A: Aubrey Anderson-Emmons is 14 years old.

Q: What is Aubrey Anderson-Emmons’s height?

A: Aubrey Anderson-Emmons’s height is Not known.

Q: Who is Aubrey Anderson-Emmons’s Boyfriend?

A: Aubrey Anderson-Emmons is Single at the moment.

Q: What is Aubrey Anderson-Emmons’s Net Worth?