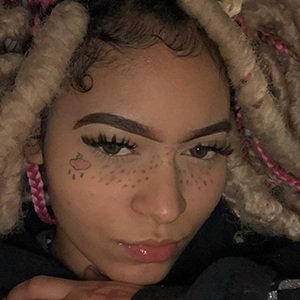 Aylek$ (Angvish) is an American Instagram star who got a lot of attention and fame after her relationship with rapper Trippie Redd was confirmed. As a result, she had amassed a lot of fan followings on her Instagram account. She had an Instagram account, angvish, which got deleted after reaching more than 900k followers. At the moment, she opened a new account, ayleksfr, on 24 July 2018. Incredibly, just a day after the opening it has already 288k followers. Although they broke up in 2018, her popularity kept growing and growing.

Apart from her social media fame. she is also an aspiring musician with over 33k followers on her SoundCloud account.

Aylek$’s NET WORTH AND SALARY