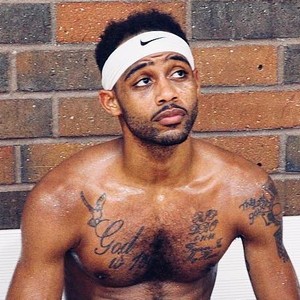 We all know about BdotAdot5’s hilarious impersonation and parodies of famous basketball players such as James Harden, Russell Westbrook and many more. Most of his videos have gone viral making him very popular in YouTube and Instagram. Keep reading to know more about this talented star.

BdotAdot5 is an American YouTuber who has earned a lot of fame for his parodies of popular basketball players which he uploads in his channel, BdotAdot5. Right now, he has earned more than 1 million subscribers. Not just that, his channel has garnered a total of more than 204 million views from his videos.

Other than YouTube, he has lots of fan followings on his various social media platforms. Also, he has more than 1.8 million followers on his Instagram alone at the time of writing this article.

How much does he earn? Know BdotAdot5 NET WORTH

Considering his latest 15 posts, the average engagement rate of followers on each of his post is 0.75%. Thus, the average estimate of the amount he charges for sponsorship is between $3,270 – $5,450.

At the moment, he mostly sells a custom-made T-shirt, hoodies and other accessories with various stickers and prints. The prices of the merchandise range from $10 – $50 which is very affordable and gets ‘sold out’ time and again.

So is the case for BdotAdot5, as most of his earnings and incomes comes from YouTube. The subscribers and viewers count of his has risen significantly over the years.

Currently, he has more than 1 million subscribers on his channel with an average of 49,982 views daily.

Net Worth: According to socialblade.com, from his YouTube channel, he earns an estimated $7.6k – $121.3k in a year calculating the daily views and growth of subscribers. Thus, evaluating all his income streams, explained above, over the years, and calculating it, BdotAdot5’s estimated net worth is anywhere between, $800k -$900k.

BdotAdot5 started his basketball career after finishing his high school education. He went overseas and played basketball in Spain and Australia. After that, he started posting parody videos which became viral. It made him more focused on becoming an entertainer rather than a basketball player.

As a result, he  started his YouTube channel on April 28, 2011, and uploaded his first video titled “Official Basketball Mixtape of Brandon Nicholas Armstrong.” Since then he has been uploading various parodies of popular basketball players.

Till now, out of all his videos, “Lebron James Be Like…” is the most popular videos in his channel. It has racked more than 9.1 million views as of now.

At the moment, his channel is growing day-by-day with over 1 million following his video content. Also, he is consistent in uploading videos as he uploads videos once or twice a week.