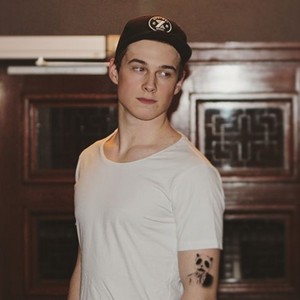 The gaming world is one of the most competitive platforms in the world. And, BluePanda just kills every game he plays. He is so good that people often doubt that he is cheating or hacking when he is playing with his excellent decision making, skills, and precision. We all know PUBG Mobile game, it is one hard game to master. And again, he is ruling this game as his gameplays are so good that it makes you think – “How can someone play at this level?” – he is that awesome at gaming.

BluePanda is a Swedish YouTuber who is best-known for uploading PUBG Mobile and Mobile Legends gameplay videos in his channel, BluePanda. At the moment, he has earned more than 1.3 million subscribers. Also, his channel has garnered a total of more than 250 million views as well. Besides YouTube, he has lots of fan followings on his other social media platforms. Also, he has more than 54k  followers on his Instagram alone at the time of writing this article.

Not just that, he has a second gaming channel entirely dedicated to PUBG Mobile named Panda – Pubg Mobile. It has already amassed more than 361k subscribers in a short period of time after opening the channel on May 21, 2018.

At the moment, he mostly sells a custom-made T-shirt, hoodies and other accessories with various stickers and prints. The prices of the merchandise ranges from 15 to 40 Euros which is very affordable and gets ‘sold out’ time and again.

YouTube: YouTube has been a platform where people can work by connecting with viewers and getting paid for the ads viewers watch in the process of watching their videos. So is the case for BluePanda, as most of his earnings and incomes comes from YouTube.

The subscribers and viewers count of his has risen significantly over the years. Currently, he has more than 1.3 million subscribers on his channel with an average of 252,400 views daily.

According to socialblade.com, from his YouTube channel, he earns an estimated $22.7K – $363.5K in a year calculating the daily views and growth of subscribers.

Net worth: Thus, evaluating all his income streams from merchandise and YouTube channels, explained above, over the years, and calculating it, BluePanda’s estimated net worth is anywhere between, $1.5 million – $2 million.

Bluepanda is not only good at gaming but, he has an insanely charming look which any girls would want. It may be good as well as bad news that BluePanda is already in a relationship. He has been in a romantic relationship with a Swedish girl named Linnea Olssen. Although he has not given many details about her, he posted a photo of them kissing each other on his Instagram account.

BluePanda started his YouTube channel on August 22, 2013, and uploaded his first video titled “Castle clash first video.” Since then he has been uploading various PUBG Mobile and Mobile Legends gameplay videos.

Till now, out of all his videos, “LORD VS TURTLE | Mobile Legends” is the most popular videos in his channel. It has racked more than 2.2 million views as of now.

At the moment, his channel is growing day-by-day with over 1.3 million following his video content. Also, he is consistent in uploading videos as he uploads videos five to six times a week.