Isn’t it a dream job to eat delicious foods and reviewing it? Yes, Brandi Milloy has that dream job of reporting every delicious food on her own TV show. Not just that, her TV show is very popular due to her likable personality and professional food reviews. 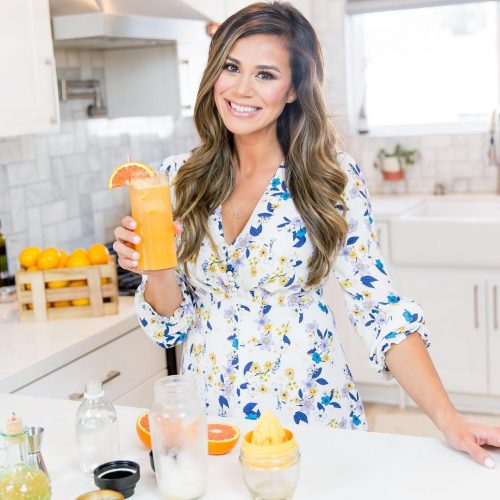 Brandi Milloy was born on August 5, 1984. She was born to a militant father and raised in Arizona, US. Ever since she was a kid, she was always outgoing, interactive and loved to talk and connect with others. As she grew up, she took participation in beauty show and TV shows.

Her career-defining moment came as a host and producer at PopSugar in 2012 (More in the career section below). She gained a lot of success and popularity from the show and has already earned more than 43k followers on her Instagram alone. 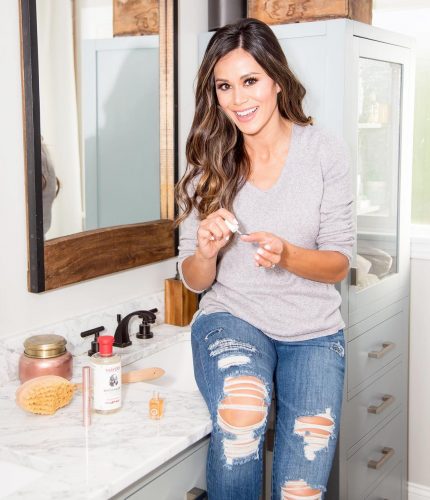 There is no doubt that Brandi Milloy earns a lot of money as a host. At the moment, Brandi Milloy’s estimated net worth is above $500,000…

As a popular host, it is obvious that people would be curious to know her personal life. Luckily, her relationship is just as successful as her career is. At the moment, she is happily married to Chris Simon. They have been married since 2006. Not just that, both of them share a common interest in trying new foods and sharing it on their social media.


They gave birth to a beautiful girl named Milly Blake Simon on July 7, 2017. She frequently posts photos of her husband and daughter on her Instagram account expressing all the love she has for them. Her family is often quoted as ‘Family Goals.’

Father:      Although she has not revealed the identity of her father, she has only said that her father is a US Army veteran.

Education:    She is a highly talented and qualified individual. She completed her Bachelor’s of Arts, English, and Journalism from the University of Arizona.

Brandi Milloy started her career in August 2009 as the host of the show named Give Back Hollywood until August 2011. After that, she hosted on multiple shows for a brief period of time.

Later on, she worked as a Pageant Consultant in her own company named Brandi Milloy Pageant Consulting Services for more than 12 years and 9 months. She also was the owner of the sweet party STIX.

She got a lot of attention in the latter stage of her career as she was appointed as the Host of the popular food show named Let’s Eat,