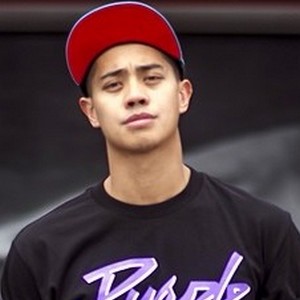 Brian Puspos’s dance moves are so smooth and crisp that anyone seeing him dance will want to dance along with him. His choreographies have performed in world popular platforms such as  America’s Best Dance Crew (ABDC) championship and World of Dance. Not just that, he can sing flawlessly as well as many of his own creations are uploaded on his YouTube channel. Now, let us dig much deeper into his life.

Brian Puspos was born on May 2, 1986. He was born and raised in Houston, Texas, U.S. Ever since he was a kid, he was into dancing and singing. Surprisingly, his parents were also ballroom dancers which is why dancing came naturally to him. As he grew up, he danced in local talent shows and as a backup dancer.

His crew SoReal Cru, was placed second in the Season 2 of America’s Best Dance Crew (ABDC) championship in the year of 2008. At the moment, he does his own choreographies for various popular artists and his own crew. He has conducted various workshops and performance in more than 40 countries. 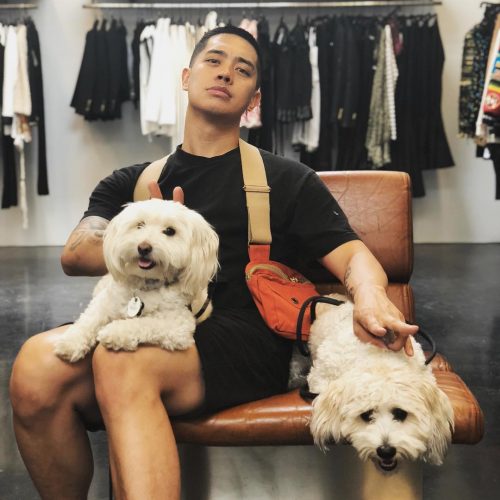 Also, he is a YouTuber who has earned a lot of fame for his dance and choreography videos and his own songs which he uploads in his channel, Brian Puspos. Right now, he has earned more than 544k subscribers. Not just that, his channel has garnered a total of more than 66 million views from his videos. Other than YouTube, he has lots of fan followings on his various social media platforms. Also, he has more than 449k  followers on his Instagram alone at the time of writing this article.

Brian Puspos love life is just as successful as his career is. At the moment, he is in a relationship with the beautiful and hot model named Aja Dang. She has already worked with internationally popular magazines such as Maxime Magazine, Fox Sports, Xbox LIVE and many other. They have been dating for quite a while now and are very happy with each other.

At the moment his relationship is going very strong without any signs of complications and problems. It shows his dedication and commitment towards her relationship is unbreakable., He often posts photos of his love in his social media showing his innate and unconditional love for her.

At the moment, he mostly sells a custom-made T-shirt, hoodies and other accessories with various stickers and prints. The prices of the merchandise range from $30 – $50 which is very affordable and gets ‘sold out’ time and again.

So is the case for Brian Puspos, as most of his earnings and incomes comes from YouTube. The subscribers and viewers count of his has risen significantly over the years.

Currently, he has more than 544k subscribers on his channel with an average of 11,008 views daily.

Net Worth: According to socialblade.com, from his YouTube channel, he earns an estimated $1.2k – $18.9k in a year calculating the daily views and growth of subscribers.  Thus, evaluating all his income streams, explained above, over the years, and calculating it, Brian Puspos’s estimated net worth is anywhere between, $400k – $500k.

Sibling:    He has a sister who is actively involved in singing.

Education:    He completed his high school graduation from the  Cypress Creek High School.

Brian Puspos started his career since he was very young. He danced in local talent shows and as a backup dancer.

His crew SoReal Cru, was placed second in the Season 2 of America’s Best Dance Crew (ABDC) championship in the year of 2008. At the moment, he does his own choreographies for various popular artists and his own crew. He has conducted various workshops and performance in more than 40 countries.

Brian Puspos started his YouTube channel on August 25, 2009, and uploaded his first video titled “Brian Puspos Choreography – Always & Forever by Marques Houston.” Since then he has been uploading various dance and choreography videos and his own songs.

Till now, out of all his videos, “Brian Puspos @BrianPuspos Choreography | Wet The Bed by Chris Brown” is the most popular videos in his channel. It has racked more than 9.7 million views as of now.

At the moment, his channel is growing day-by-day with over 544k following his video content. Also, he is inconsistent in uploading videos as he uploads videos once or twice in a month a week.