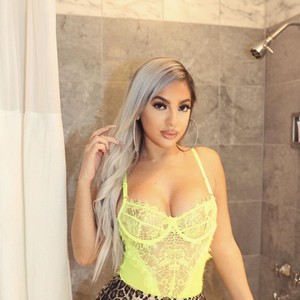 Brittany Murillo is one of the famous Murillo twin sisters. The glamorous Brittany is the mother of two kids at the age of 23. She was pregnant at the age of 16 for the first time. She gained massive recognition through the collaborated YouTube channel with her sister. In just two years they garnered more than 421k subscribers.

Brittany Murillo was born on March 1, 1995, in the United States. Ever since Brittany was a kid, she was always keen and passionate about lifestyle and fashion. As she grew up, she earned a lot of fame for her makeup tutorial and tricks, beauty tips, pranks, challenges, reaction, product reviews and travel vlogs which she uploads in her channel, Murillo Twins.

Right now, Brittany has earned more than 421k subscribers. Not just that, her channel has attained a total of more than 39 million views from her videos. Other than YouTube, she has lots of fan followings on her various social media platforms. Also, she has more than 504k  followers on her Instagram alone at the time of writing this article.

Brittany Murillo is the hot and sizzling Instagram influencer in the context of lifestyle and fashion. It looks like she has the perfect thing to do which gives her both fame and money. But, only that doesn’t fulfill the sophisticated life. Sadly, Brittany had to go through a lot of obstacles for her relationship. Her ex-boyfriend was not as supportive as she expected to be. She got pregnant at the age of 16, but, had to handle it all alone. Being a single mother, she raised her firstborn financially and emotionally.

Likewise, she raised her second child as a single mother as well. At the age of 23, she has a son and a daughter. she has not revealed the identity of her ex-boyfriend. Nor has she revealed her present relationship status. It is just a matter of time until Brittany will get over the issue and be back to normal relations.

Pregnant at the age of 16! Single Mother! Abortion?

Nowadays its quite normal to have a baby at the age of 14 and above. But, it’s not as easy as it seems. That too when you have to handle financial, emotional and mental stress all alone. Brittany Murillo accidentally got pregnant at the age of 16. She had to take care of her firstborn without the support of her ex-boyfriend.  Her firstborn was a boy. However, she had the support of her family, especially her twin sister, Briana Murillo.

After a few years, she was blessed with another child, and this time it was a girl. However, she didn’t get enough support this time too. But without a doubt, she nourished her second child as a single mother as well. There was a tragedy when she had a second baby. She decided to abort the second baby as she already knew that her boyfriend wouldn’t support her like before. Unfortunately, the doctor said that it was too late for an abortion. However, everything happens for good, likewise, she is very happy and blessed with two kids at the age of 23.

Considering Brittany’s latest 15 posts, the average engagement rate of followers on each of her post is $1,506 – $2,510. Thus, the average estimate of the amount she charges for sponsorship is between 7.93%.

So is the case for Brittany Murillo, as most of her earnings and incomes come from YouTube. The subscribers and viewers count of her has risen significantly over the years.

Currently, she has more than 421k subscribers on her channel with an average of 60,828 views daily.

Net Worth: According to socialblade.com, from her YouTube channel, she earns an estimated $5.5K – $87.6K in a year calculating the daily views and growth of subscribers.

Thus, evaluating all her income streams, explained above, over the years, and calculating it, Brittany Murillo’s net worth is estimated to be around $400,000-$500,000.

Mother:    She talks about her mother and her parent’s support during her pregnancy but she has not revealed her identity.

Sibling:    She has a twin sister named Briana Murillo. They have a joint YouTube account, Murillo Twins.

Till now, out of all her videos, “16 AND PREGNANT | THE STORY YOU HAVE BEEN DYING TO HEAR!” is the most popular videos on her channel. It has racked more than 980K views as of now.

At the moment, her channel is growing day-by-day with over 421k following her video content. Also, she is consistent in uploading videos as she uploads videos 3-4 times a week.