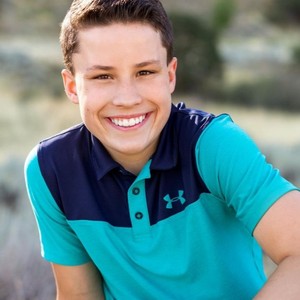 Bryton Myler is one of the rising names in the YouTube community. Bryton is one of the viral and rising stars where his fame has skyrocketed to 1.19 million. Don’t mistake Bryton as just another YouTube star, Bryton has been popping videos showcasing his creativity, humor, and personality. No wonder Bryton is producing viral videos one after another.

In this article, we have gathered all the information there is to know about Bryton Myler. We have covered Bryton Myler’s birthdate, family, education, romantic life, and net worth. So, stick to the end.

What is Bryton Myler known for?

Bryton Myler is a 16 years old YouTuber, YouTube Star. Bryton accumulated a lot of fame and recognition for his ninja-like stunts involving karate, trampolining, and more which he uploads in his channel, Bryton Myler.

Right now, Bryton has earned more than 1.19 million subscribers. Not just that, his channel has attained a total of more than 183,202,195 views from his videos. Other than YouTube, he has lots of fan followings on his various social media platforms. Also, he has more than 41.3k  followers on his Instagram alone at the time of writing this article.  Bryton Myler is one of the most popular YouTuber who has been able to gain such a huge fan base and followers at such a young age. He has enlightened everyone with his amazing skills and techniques.

At such a young age, he has been a cast member at Ninja Kidz TV and stars as Bulk in their Power Rangers series (2017+) and has guest-starred in a TV show called Proper Manors. He has amazed everyone doing various ninja-like stunts involving karate, trampolining, and many others. He is popular as a child martial artist, actor, and gymnast.

Bryton Myler was born on 27 February 2004, in the United States. Bryton is of Caucasian descent.  His parents have been featured on his social media accounts. But, further information about his parents such as their names and what they do remains undisclosed. Bryton has four siblings named Ashton Myler,  Payton Myler, Paxton Myler, and Kayson Myler who have been featured on his social media sites. Rather than that, Payton and Ashton were also part of Ninja Kidz Tv. Ever since Bryton was a kid, he was passionate about Traveling and exploring new techniques or stunts related to karate and others.

Bryton Myler is one of the most renowned and popular YouTube stars who has been loved and adored by many people for his amazing skills and styles. He has been able to gain a humungous fan base at such a young age, so it is pretty much obvious that many of his fans would have a keen interest to know about his current relationship status.

Reflecting on his relationship status, he has not spoken much about it. He seems to be very busy focusing on his career and might be waiting for someone to pair up and be a perfect match in the future. Further looking at his social media account he has not been involved in any kind of controversial act till now. So, it seems he is single at the current moment. Additionally, he looks too young to start over a love-life and get involved in any type of controversy.

Bryton Myler stands at the height of 5 feet 9 inches (1.75 m). At the moment, the information about his weight remains unknown. Bryton looks very attractive with beautiful Light Brown eyes and Light Brown hair. Unfortunately, the detailed statistics regarding his body measurements remain unknown.

What is Bryton Myler’s NET WORTH and YOUTUBE EARNINGS??

So is the case for Bryton Myler, as most of his earnings and incomes comes from YouTube. The subscribers and viewers count of his has risen significantly over the years.

Currently, he has more than 1.19 million subscribers on his channel with an average of 247,337 views daily.

Net Worth: According to socialblade.com, from his YouTube channel, Bryton earns an estimated $500-$1,000 in a year calculating the daily views and growth of subscribers.

Thus, evaluating all his income streams, explained above, over the years, and calculating it, Bryton Myler’s net worth is estimated to be around $100,000-$200,000.

Bryton Myler started his YouTube channel on 18 January, 2016 and uploaded his first video titled “Bryton’s 1st free running at 11 years old.” Since then he has been uploading various ninja-like stunts involving karate, trampolining and more.

Till now, out of all his videos, “How to Catch The Easter Bunny” is the most popular videos in his channel. It has racked more than 16 million views as of now.

At the moment, his channel is growing day-by-day with over 1.19 million following his video content. Also, he is inconsistent in uploading videos as he uploads videos 1-2 month a week.

Is Bryton Myler involved in any RUMORS AND CONTROVERSY?

Q: What is Bryton Myler’s birthdate?

Q: What is Bryton Myler’s age?

Q: What is Bryton Myler’s height?

Q: Who is Bryton Myler’s Girlfriend?

A: Bryton Myler is Single at the moment.

Q: What is Bryton Myler’s Net Worth?