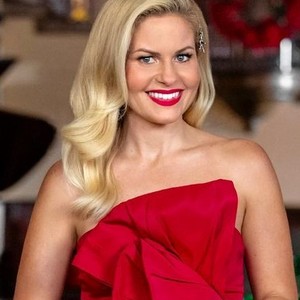 Candace Cameron Bure is an American actress, producer, and author who is prominently known for her role as D.J. Tanner on Full House. She is also known for being the finalist of the 18th season of Dancing with the Stars. Candace has earned numerous awards and nominations throughout her acting career including Teens Choice Awards, Young Artist Awards, and many more.

In this article, we have gathered all the information there is to know about Candace Cameron. We have assembled information about her family, education, romantic life, and many more. So, stick to the end.

Candace Cameron Bure was born on April 6, 1976, in California, United States. Candace is of Caucasian descent. Candace was born to her parents Robert and Barbara Cameron. She also has a brother named Kirk Cameron. Candace Cameron Bure’s childhood was really great amidst a lot of care and love from her parents. They were continuously meeting everything Candace requires to pursue what she wants. In simple terms, Candace had undergone a childhood that has unquestionably played a pivotal role to achieve the progress Candace is getting momentarily.

There is no information about Candace’s education and qualifications until now. Nevertheless, given Candace’s accomplishments, she appears to be well-educated.

Regarding her relationship status, Cameron is married to Valeri Bure. Valerie is a Russian NHL hockey player who has played 10 seasons in NHL for teams like Montreal Canadians, Calgary Flames, Florida Panthers, St. Louis Blues, and Dallas Stars. They first met each other at a charity hockey game by Cameron’s Full House co-star Dave Coulier. Little did they knew that they were going to be together for the rest of their life. The couple got married on June 22, 1996. They are living a wonderful life together and have a daughter and two sons together. Their son Maksim graduated from Northstar Christian Academy in May 2021.

Candace guest-starred in roles on shows such as St. Elsewhere, Growing   Pains, and Who’s the Boss? Candace played the role of a girl named Jennifer Bates in an episode of Punky Brewster in 1985. In 1987, she portrayed the role as the youngest sister of Eric Stoltz in the teen comedy Some Kind of Wonderful.
In 1987, Candace played the most popular character of her career on the ensemble sitcom Full House, as Donna Jo “D.J.” Tanner, the oldest daughter. She was a cast throughout the 8 seasons of the long-running series until its end in 1995.

She also played role in No One Would Tell, She cried No, NightScream, Camp Cucamonga, Real mature while still on Full House.

After Full House, Candace starred on Cybill and Boy Meets World. In the 2000s, she appeared as an interviewee on the retrospective I Love the ’80s and I Love the ’80s Strikes Back. She also starred in many series and movies including That’s So Raven, The Wager, Moonlight and Mistletoe, and Make it or Break it. Candace also competed in the 18th season of the famous dance competition Dancing with the stars, partnering with Mark Ballas. The couple made it to the finals and ended in third place.

In 2016, she reprised her role as D.J. Tanner in the 2016 spinoff Fuller House. In January 2019, Fuller House was renewed for its fifth and final season to air later that year. The series concluded on June 2, 2020.

Candace is also an author. She has written books including the New York Times Best Seller, Rephasing It All: Motivation for Physical and Spiritual Fitness which is she published in January 2011. She has also published books like Balancing It All: My Story of Juggling Priorities and Purpose, Dancing Through Life: Steps of Courage and Conviction, and Kind is the New Classy: The Power of Living Graciously.

Actor: Candace has not shared any information about her income or earnings until now. However, according to www.payscale.com the average income of an actress is estimated to be $50,151.

Sponsorship: As she has more than 4.9 million followers on her Instagram account, advertisers pay a certain amount for the post they make. Considering her latest 15 posts, the average engagement rate of followers on each of her posts is 1.17%. Thus, the average estimate of the amount she charges for sponsorship is between $9,812 – $16,353.

A: Candace Cameron Bure’s height is 5 feet and 2 inches.

A: Candace Cameron Bure is Married at the moment.

Q: What is Candace Cameron Bure’s Net Worth?

It is apparent that several bad information about figures like Candace Cameron Bure involving them spread here and there. Candace haters can make stories and attempt to take her down due to jealousy and envy. Yet, Candace has nevermore given much thought to it. Preferably Candace concentrates on positivity and love, Candace’s fans and followers give. Candace has done excellent work to keep herself distant from controversies until this day.