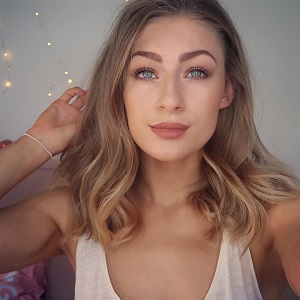 Carys Gray is a British YouTuber who is best-known for uploading makeup tutorial and tricks, beauty tips, product reviews and travel vlogs in her channel, BusybeeCarys. At the moment, she has earned more than 390k subscribers as of June 2018. Also, her channel has garnered more than 30 million views as well.

Moreover, she also has a couple channel which she started with her partner, James Whittaker. Besides, she is also a fitness athlete endorsed by top fitness brand, GymShark.

Carys Gray started her YouTube channel on September 16, 2016 and uploaded her first video on Sep 18, 2016 titled “How I stay lean at uni | What I eat in a week.” Since then she has been uploading various makeup tutorial and tricks, beauty tips, product reviews and travel vlogs

Till now, out of all her videos, “10,000 Calorie Challenge | Girl VS Food | EPIC cheat day!!!” is the most popular videos in her channel. It has racked more than 3.6 million views as of now.

At the moment, her channel is growing day-by-day with over 390k following her video content. Also, she is consistent in uploading videos as she uploads videos twice a week.

Carys Gray’s NET WORTH AND SALARY