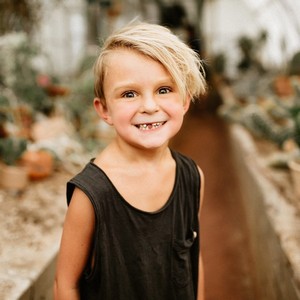 Caspian Slyfox is a Youtube star at a very young age of 6. He is the youngest in the Slyfox Family. His cuteness and innocence have given a lot of views on his family-owned channel. His charming personality has gathered fan followings of every age group. Moreover, Caspian plays a big role to place his family channel in a top position on Youtube.

Caspian Slyfox is an American YouTuber who is best-known for uploading pranks, challenges, reaction, comedy videos and vlogs in his family channel, Slyfox Family. At the moment, he has earned more than 1.5 million subscribers. Also, his channel has garnered a total of more than 351,421,737 views as well. Besides YouTube, he has lots of fan followings on his other social media platforms. Also, he has more than 221k  followers on his Instagram alone at the time of writing this article.

Sponsorship: As he has more than 221k followers on his Instagram account, advertisers pay a certain amount for the post they make. Considering his latest 15 posts, the average engagement rate of followers on each of his post is 5.23%. Thus, the average estimate of the amount he charges for sponsorship is between $663.75 – $1,106.25.

Merchandise: As a popular YouTuber, many of his fans and viewers have demanded his own merchandise. Fortunately, he has provided his own merchandise which is sold through, merch.slyfoxfamily.com.  At the moment, he mostly sells a custom-made T-shirt, hoodies and other accessories like bracelets, caps and many more with various stickers and prints. The prices of the merchandise range from $4-$50 which is very affordable and gets ‘sold out’ time and again.

YouTube: YouTube has been a platform where people can work by connecting with viewers and getting paid for the ads viewers watch in the process of watching their videos. So is the case for Caspian Slyfox, as most of his earnings and incomes comes from YouTube. The subscribers and viewers count of his has risen significantly over the years. Currently, he has more than 1.5 million subscribers on his channel with an average of 143,157 views daily.

According to socialblade.com, from his YouTube channel, he earns an estimated $12.9K – $206.1K in a year calculating the daily views and growth of subscribers. Since it is a family channel, all the earnings are controlled by his parents. However, gathering fame at such a young age, he is surely going to earn much more net worth with his age growth. Stay tuned.

Father:      His father is Andrew Slyfox, who is the founder of the channel Slyfox Family.

Mother:    His mother’s name is Hannah Slyfox.She looks very young for her age. People gets fascinated that she already has two children who are as beautiful as her.

Sibling:    He has an older sister named Jaedyn Slyfox, who is 11 years old. She owns Instagram with more than 188k followers, which is basically run by her parents.

Childhood:    Looking at his Youtube videos, it seems like he is living his childhood at its best.  His parents have fulfilled all his needs. At such a young age, he is seen in fashionable outfits and eye-catching hairstyles. This proves that his parents are really supportive and promising about his professional life as a young star.

Education:    Given his age, he is currently achieving his earlier education. However, he is just 6 years old at the moment, so his parents have not revealed whether he is homeschooled or goes to public school.

Girlfriend’s name:    Since he is just a  kid, it is not an appropriate age to be engaged in a relationship. Hence, being a 6 years old boy, it is obvious to remain single.

Present status:    Given his age, he is too young to understand the actual meaning of being in a relationship. However, he is at the heart of many girls of his age due to his talent and appearance. It is just a matter of time to see him in a relationship.

Caspian Slyfox started his YouTube channel on September 17, 2015, and uploaded his first video titled “OUR FIRST FAMILY VLOG EVER!!! First Christmas Vlog!! SLYFOX FAMILY | Slyfox Family.” Since then he has been uploading various pranks, challenges, reaction, comedy videos, and vlogs.

Till now, out of all his videos, “?JAEDYNS FIRST BEESTING! ? | Slyfox Family” is the most popular videos on his channel. It has racked more than 34 million views as of now.

At the moment, his channel is growing day-by-day with over 1.5 million following his video content. Also, he is consistent in uploading videos as he uploads videos 4-5 times a week.

He is very young so there is more to come about his rumors and controversies with the passage of time. Right now there is no rumors or hoax about this cute little boy. However, his parents must be thanked for maintaining a balanced professional and personal life of a Young boy, Caspian.