Cassie Diamond is not just beautiful, she can make people laugh with her funny and life relating to videos. Her acting skills which blend with her charming personality makes her an absolute joy to watch. Now let us know more about this Youtube sensation.

Right now, Cassie has earned more than 803k subscribers. Not just that, her channel has attained a total of more than 54 million views from her videos. Other than YouTube, she has lots of fan followings on her various social media platforms. Also, she has more than 128k  followers on her Instagram alone at the time of writing this article.

Cassie Diamond has always been open and frank with her viewers and fans since day one. Likewise, she has kept her relationship life open as well. At the moment, she is in a relationship with a popular pop singer named Taylor Jones. They have been dating since 2018 and their relationship is going very strong.

Her Instagram posts show how beautiful and purely she expresses her love to him. However, they are still very young and it will be time that will tell if they will stick around with each other. Nevertheless, they are living and sharing the best days of their lives with each other.

Considering Cassie’s latest 15 posts, the average engagement rate of followers on each of her post is 11.19%. Thus, the average estimate of the amount she charges for sponsorship is between $389.25 – $648.75.

So is the case for Cassie Diamond, as most of her earnings and incomes come from YouTube. The subscribers and viewers count of her has risen significantly over the years.

Currently, she has more than 803k subscribers on her channel with an average of 281,010 views daily.

Net Worth: According to socialblade.com, from her YouTube channel, she earns an estimated $843 – $13.5K in a year calculating the daily views and growth of subscribers.Thus, evaluating all her income streams, explained above, over the years, and calculating it, Cassie Diamond’s net worth is estimated to be around $100k – $150k. 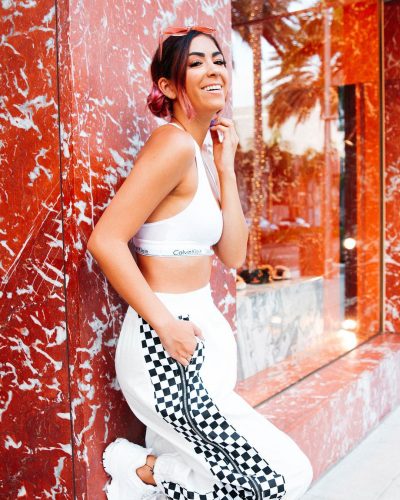 Sibling:    She has two older siblings: one brother named Tanner and one sister named Brittney.

Cassie Diamond started her YouTube channel on January 29, 2011 and uploaded her first video titled “allof my polymer clay creations! ^_^.” Since then she has been uploading various pranks, DIY, challenges, reaction, comedy videos and vlogs.

Till now, out of all her videos, “10 Types of Girls at School!” is the most popular videos in her channel. It has racked more than 6.5 million views as of now.

At the moment, her channel is growing day-by-day with over 803k following her video content. Also, she is consistent in uploading videos as she uploads videos once or twice a week.