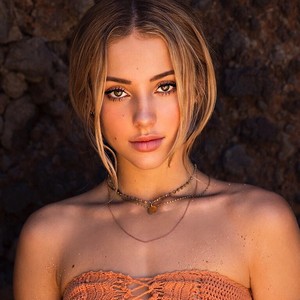 There are not enough words to describe how beautiful Charly Jordan is. There are no Instagram posts where her followers won’t show their love and admiration for her. She has been an athletic person involving herself in physically demanding sports such as soccer, surfing and track-and-field. No wonder she has such a wonderful body physique which has helped in her modeling career. And not to mention her viral video where she was hit by shower when she was showering wearing a hot bikini. Now, let us know more about Charly Jordan in detail below.

When you get hit with that “k” reply…?

Charly Jordan was born on March 9, 1999, in the United States. She was born in Las Vegas and grew up there. Ever since Charly was a kid, she was passionate and interested in athletic activities. She used to play competitive soccer when she was 12 years of age. Also, she was a track-and-field athlete competing in the track for four years. She was specialized on sprinting and hurdling.

Her major achievement came when she won the Diamond Kid Triathlon. Also, she competitively learned and competed in surfing competition when she lived in Costa Rica for two years. Gradually, she started to leave these athletic sports as she grew up to pursue a career in modeling and social media. She even got a track-and-field scholarship on her college.

As she grew up, Charly became an Instagram star who earned a lot of fame and attention for hot modeling portraits, mostly on a bikini which she uploads on her Instagram account.  At the time of writing this article, Charly has already amassed more than 2.3 million on Instagram alone.

At the moment, she works as a director, model, and DJ. Also, she got a lot of attention when she won the Challengers Game organized by popular YouTuber Logan Paul.

Father:      In one of her video, she mentioned her father saying that he and her mother divorced when she was just three years old. Other than that, she has not said much about him or mentioned anything about him.

Mother:    She grew up with her mother so, she is very close to her mother. Her mother has always been her number one supporter since the day she was born.

Sibling:    She is the oldest of six siblings she has. She has four brothers and two sisters. 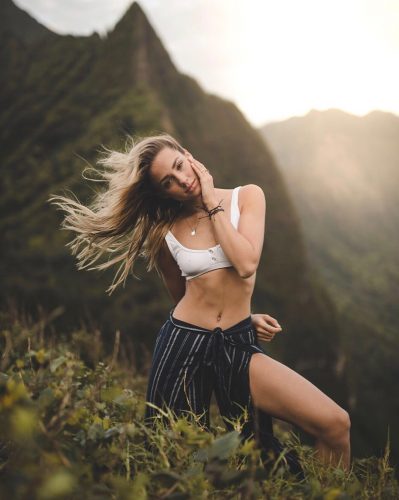 Charly Jordan has a very frank and open attitude which is why she shares many things to her fans and followers. As one of the gorgeous and popular Instagram model out there, it is quite obvious that her romantic life would be a matter of curiosity for a lot of people. In one of her videos, she said that she trusts people quite easily for which she has been taken advantage of. So, she had a lot of relationships which did not work out.

Regardless, she seems positive being single and living her best days investing time on herself to learn and grow rather than dealing with hardships relationships can bring. It is just a matter of time until she gets the man of her dreams. Until then, single life rocks for the beautiful Charly.

YouTube: Currently, she has more than 114k subscribers on her channel with an average of 2,984 views daily.

According to socialblade.com, from her YouTube channel, she earns an estimated $269 – $4.3K in a year calculating the daily views and growth of subscribers.

Net worth: Thus, evaluating all her income streams, explained above, over the years, and calculating it, Charly Jordan’s net worth is estimated to be around $300k – $400k.