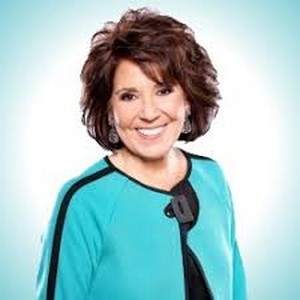 Connie Hopper is one of those awesome singers who ruled in the heart of millions of viewers. She was born on February 24, 1945. She is best known for her family band named Hoppers. She is recognized for the pleasing vocal she has. She is also a songwriter for a Southern Gospel group from North America namely The Hopper. She is the mother of the most liked American family, ‘The Hopper’. The Hoppers have been singing over the 60 years.


Connie has been honored with the prestigious Marvin Norcross Award. Unfortunately, she passed away in December 2018 due to cancer

Connie Hopper is the legendary singer, who sings on a band founded by her husband, Claude Hopper. They have been together for more than 60 years. They built their career successfully together. They have 3 children namely, Dean, Mike, and Karlye. Her eldest son Dean is married to Kim, who was the former member of The Greene. After the marriage, she joined her in-law family band as a lead singer. All of the four children are engaged in their family music band. Their family is a goal for lots of admirers.

Around 30 years ago, Connie was diagnosed with breast cancer. It was a very painful situation for The Hopper family, but, their family bonding gave them enough strength to overcome the disease. Connie survived breast cancer due to proper treatment and blessings of God. But, miracles don’t happen often. After more than 35 years, unfortunately, cancer grew again which couldn’t be survived for the second time. It got worst making her weak. Maybe the reason is her age that couldn’t help her battle with cancer for the second time. Sadly, Connie took her last breathe on December 27, 2018.

Father:      She is the daughter of late Elden Shell.

Mother:    Her mother is Marion Shell.

Sibling:    There is no detailed information

Connie Hopper started her career as a vocalist in the renowned family brand, The Hopper. Connie and her husband, Claude formed a family music band and contributed their entire life for more than 6 decades. Together they have released many hits which titled them the best American Family. The group also won awards for Mixed vocal Group ar the Southern Gospel Music Award in 1982 and 1983.

Connie solely is the recipient of the Marvin Norcross Award. She is an inspiration for many music lovers all around the world.