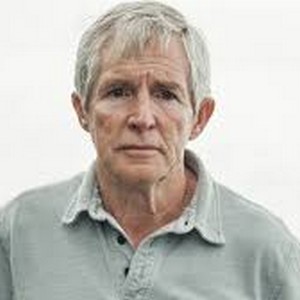 Craig Tester is the producer of the show called The Curse of Oak Island. Not only that, he is also an engineer and was once a wrestler back in these days.

In this article, we have highlighted some information and facts about him. His family, age, career, and many more. So, make sure to stick with us till the end.

Craig Tester was born on February 16, 1961, in California, United States. Craig is of Caucasian descent.   He appears to be reserved about his parent’s history, so, he has not mentioned anything about his parents until now. He has not given any insight into his childhood until now. It seems that he is very focused on his career.

He graduated from Delt Upsilon College.

Talking about his relationship status, he a married man. Craig is married to Rebecca Tester. However, not much is revealed about Rebecca until now. Rebecca was previously married to someone else and had two children from that union Jack and Madeline Begley. After her marriage with Criag, Rebecca gave birth to Drake. However, in 2017, Drake passed away. He was diagnosed with a seizure condition.

During his college days, Craig was very passionate about wrestling and wanted to become a wrestler. He even wrestled in tournaments for a short period of time. He was a great wrestler back in the days and was a fitness freak.

Eventually, time passed but he never became a professional wrestler. However,  he started the oil business with one of his very good friends Marty Lagina. The business made a huge profit and Tester’s engineering skills had a big role in the success of their business.

Time passed and Craig joined the TV show called The Curse of Oak Island, a series that chronicles an eclectic team of treasure hunters and their search for legendary treasure on the infamous Oak Island.
Craig again utilized his engineering skills on the show. He took part in the digging operation on Oak Island. He later started producing the TV show, along with Lagina brother. The show got tremendously popular, which was a big plus for Craig.

Marty and Craig as of now have an energy business together and they are partners in Marty’s company, Heritage Sustainable, which is one of the largest wind turbine companies in the Mid -Western United States, and it’s the largest in Michigan.

Craig is also a part of Oak Island Tours Incorporated company, alongside Rick and Marty Lagina, Dan Blankenship, and Alan J. Kostrzewa. And that means that he also owns a portion of the island in Nova Scotia, just like the others.

Craig Tester stands at the height of 5 feet and 8 inches. However, the information regarding his weight remains unknown. Craig looks very attractive with beautiful Dark Brown eyes and White hair. Also, he has an Average body physique. The details regarding his body measurements remain unknown.

Producer: He has not mentioned any information about his incomes or earnings until now. However, based on the work he did during his lifetime has surely given him a lot of fame as well as fortune.

Q: What is Craig Tester’s birthdate?

Q: What is Craig Tester’s age?

Q: What is Craig Tester’s height?

A: Craig Tester’s height is 5 feet and 8 inches.

Q: Who is Craig Tester’s Wife?

A: Craig Tester is Married at the moment.

Q: What is Craig Tester’s Net Worth?