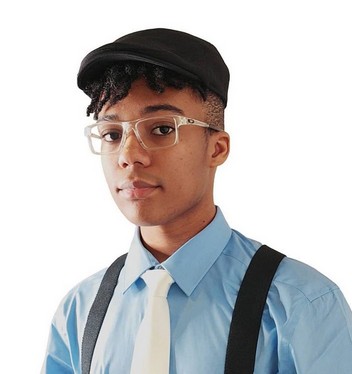 If you are someone who likes to know all the juicy rumors and controversy, look no further, just watch the videos of D’Angelo Wallace. He goes into such details that it takes an entire month or even more to upload one quality content. Not just that, he presents all the information in such a smooth and interesting way that you won’t even know the time passing by. Also, he makes videos on certain controversies, gives his opinion without bashing anyone and completely based on facts. That is why he is one of the rising channels for juicy content. In this article, we will try to cover everything there is about his life. Keep reading folks. So let us begin with his quote:

Talking about whatever I want.

D’Angelo Wallace is a 23 years old YouTuber, . D’Angelo accumulated a lot of fame and recognition for his long and detailed pop culture commentary videos which he uploads in his channel, dangelowallace .

Also, he has a secondary channel that has more than 706k subscribers until now. In the second channel, he posts shorter videos, podcasts, reactions,s and challenges videos. Matter of fact, his secondary channel used to be his primary as it was created two years earlier than his current main channel on November 6, 2017.

Right now, D’Angelo has earned more than 1.45 million + 706k subscribers. Not just that, his channel has attained a total of more than 82 million views from his videos. Other than YouTube, he has lots of fan followings on his various social media platforms. Also, he has more than 87k  followers on his Instagram alone at the time of writing this article.

D’Angelo Wallace was born on August 29, 1998, in the United States. D’Angelo is of African-American descent. Although he likes spilling tea on controversy and rumors, he has rarely said much about his family and personal life. So, there is no info regarding his parents until now.   Ever since D’Angelo was a kid, he was passionate about Although he has not clearly said what his passion is, he mentioned on his videos that he does enjoy making YouTube videos. Also, on his oldest videos, he has posted many videos of art and digital painting. So, it is safe to assume that he was really into the arts since he was a kid.

Does D’Angelo Wallace have a GIRLFRIEND?

If there is one thing D’Angelo Wallace knows best, it is keeping a line between his real life and reel life. Even though he likes to dig deeper into controversy producing quality content, he has never really given much about him which we can dig about him.

Just like he has kept his family life a secret, he has kept his romantic life a secret as well. So, until he says anything about his girlfriend himself, it is safe to assume that he is single and focused to make his career better. He is so young and his career is taking up so much pace, it seems that focusing on the career rather than getting into a relationship is a much smarter choice. And one thing we know about him for sure, he is really smart. He will reveal one day when it seems right until then, stay tuned with us.

D’Angelo Wallace stands at a height of 5 feet 8 inches (1.73 m). At the moment, the information about his weight remains unknown. D’Angelo looks very attractive with beautiful Dark Brown eyes and Black hair. Also, he has an average body physique. Unfortunately, the detailed statistics regarding his body measurements remain unknown.

What is D’Angelo Wallace’s NET WORTH and YOUTUBE EARNINGS??

Considering D’Angelo’s latest 15 posts, the average engagement rate of followers on each of his post is 23.74%. Thus, the average estimate of the amount he charges for sponsorship is between $343.5 – $572.5.

Merchandise: As a popular YouTuber, many of D’Angelo fans and viewers have asked for his merchandise. Fortunately, D’Angelo has provided his own merchandise which is sold through, crowdmade.com.

At the moment, he mostly sells custom-made with various stickers and prints. The prices of the merchandise range from $20 – $25 which is very affordable and gets ‘sold out’ time and again.

So is the case for D’Angelo Wallace, as most of his earnings and incomes come from YouTube. The subscribers and viewers count of his has risen significantly over the years.

According to socialblade.com, from his YouTube channel, D’Angelo earns an estimated $48.9K – $781.8K in a year calculating the daily views and growth of subscribers.

Net Worth: Thus, evaluating all his income streams, explained above, over the years, and calculating it, D’Angelo Wallace’s net worth is estimated to be around $1 million.

D’Angelo Wallace started his YouTube channel on August 9, 2019, and uploaded his first video titled “I tried following a WLOP digital art tutorial (with adequate results)..” Since then he has been uploading various long and detailed pop culture commentary videos.

At the moment, his channel is growing day-by-day with over 1.45 million + 706k following his video content. Also, he is consistent in uploading videos as he uploads videos once or twice a week.

Is D’Angelo Wallace involved in any RUMORS AND CONTROVERSY?

Let’s be honest, he makes his living out of commenting on rumors and controversy. But, he has never been in controversy as most of his comments are based on facts and viewers know when something is right or wrong. And, he is really good at getting his viewers on the same page as he is. But, he is always at the risk zone of getting into a controversy for his fearless opinion. But, it would be good for him anyways – CONTENT!

Q: What is D’Angelo Wallace’s birthdate?

Q: What is D’Angelo Wallace’s age?

Q: What is D’Angelo Wallace’s height?

Q: Who is D’Angelo Wallace’s Girlfriend?

A: D’Angelo Wallace is single at the moment.

Q: What is D’Angelo Wallace’s Net Worth?

A: D’Angelo Wallace’s net worth is $1 million.