Not many can play the way Davie504 just rocks his Bass guitar. Davie was born to be a guitarist. He is a professional bass-guitar player who is popular among all the guitar players in the world. He adds that comedic touch to his videos showing off his sensational and jaw-dropping skills at the same time. One funny thing, though his videos are funny and entertaining, he has never laughed or smiled in any of his videos until. Nevertheless, he has an incredible number of followers who acclaims him as a legendary Bass guitar player. To be precise, he has more than 5 million following him at the moment. He starts all of his video saying “SLAP!” so, let us slap into the life of this seriously skilled serious-looking guitar player, Davie. 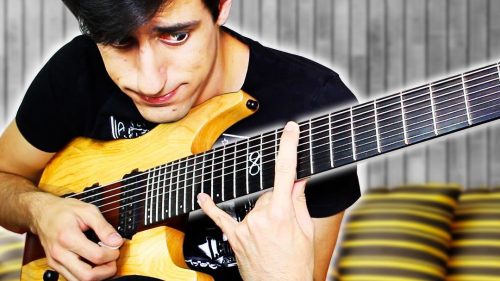 Davie504 is a 28 years old YouTuber, guitarist, who was born on April 5, 1994. in Italy. His real name is Davide Biale. Ever since Davie was a kid, he was always interested and passionate about playing different musical instruments. He played various types of guitar, Saxophone, Piano and many more. Among all, he was really interested in Bass guitar and he was naturally talented in it..As Davie grew up, he accumulated a lot of fame and recognition for his videos related to bass-guitar composition with a comedic touch to it which he uploads in his channel, Davie504.

Right now, Davie has earned more than 4.74 million subscribers. Not just that, his channel has attained a total of more than 723 million views from his videos. Other than YouTube, he has lots of fan followings on his various social media platforms. Also, he has more than 328k  followers on his Instagram alone at the time of writing this article.

As we all know, as a celebrity guitarist, it is pretty obvious that people would want to know who is this serious-looking guy dating. Lucky for him, Davie is in a relationship at the moment. Davie504 girlfriend’s name is Drungayu. She is a Taiwanese native who also plays bass guitar. How can they not fall in love with each other when both of them are bass-guitar players? They have been dating each other since April 14, 2014. It has already been 8 years that they are with each other and their love just gets stronger.

His Instagram posts show how beautiful and purely he expresses his love to her. It definitely won’t be wrong to say that their relationship is destined to last forever. They have been an example and a lesson for couples who tend to part their ways in the smallest of things. 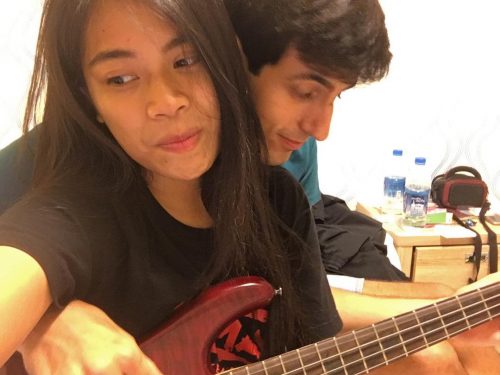 What is Davie504’s NET WORTH and EARNInGS??

Considering Davie’s latest 15 posts, the average engagement rate of followers on each of his posts is 19.14%. Thus, the average estimate of the amount he charges for sponsorship is between $988.5 – $1,647.5.

At the moment, he mostly sells custom-made T-shirts, hoodies and other accessories with various stickers and prints. The prices of the merchandise range from $20 – $30 which is very affordable and gets ‘sold out’ time and again.

So is the case for Davie504, as most of his earnings and incomes come from YouTube. The subscribers and viewers count of his has risen significantly over the years.

Currently, he has more than 4.74 million subscribers on his channel with an average of 1,478,015 views daily.


Net Worth: According to socialblade.com, from his YouTube channel, Davie earns an estimated $133K – $2.1 million in a year calculating the daily views and growth of subscribers. Thus, evaluating all his income streams, explained above, over the years, and calculating it, Davie504’s net worth is estimated to be around $2 million. 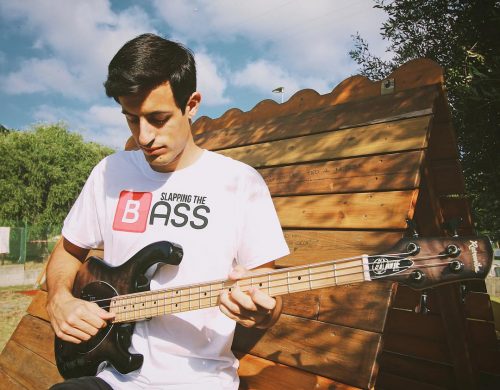 Childhood:    He has not given any particulars about his boyhood until now. It looks like he is very focused on developing his career. Also, much of the attention goes to his career and present life rather than knowing what was his childhood like.

Davie504 started his YouTube channel on May 18, 2011, and uploaded his first video titled “Funk Bass Groove.” Since then he has been uploading various videos related to bass-guitar composition with a comedic touch to it.

Till now, out of all his videos, “24 STRINGS BASS SOLO” is the most popular video in his channel. It has racked more than 21 million views as of now.

At the moment, his channel is growing day-by-day with over 4.74 million following his video content. Also, he is consistent uploading videos as he uploads videos two to four times a week.

Is Davie504 involved in any RUMORS AND CONTROVERSY?