Donald De La Haye, better known for his online alias Deestroying, is not a normal YouTuber. He is a professional football player known for his speed. His popularity has risen up since he documented his football career and life via his YouTube channel. And not to mention, he is the fastest YouTuber in this world after winning in THE CHALLENGER GAMES organized by Logan Paul. Now let us know more about him in detail.

Deestroying was born on December 2, 1996, in Costa Rica. After he was born, his parents immigrated to Port St. Lucie, Florida. Ever since Donald was a kid, he was always keen and passionate about football. As he grew up, he earned a lot of fame for his football skills and tutorials videos and vlogs which he uploads in his channel, Deestroying.

Right now, Donald has earned more than 1.6 million subscribers. Not just that, his channel has attained a total of more than 200 million views from his videos. Other than YouTube, he has lots of fan followings on his various social media platforms. Also, he has more than 523k  followers on his Instagram alone at the time of writing this article. 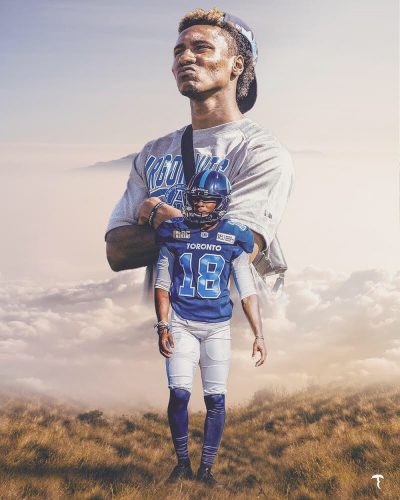 As we all know that he was involved in football from a very age. Since June 5, 2015, he started documenting his life as a football athlete. And, little did he know, his channel started growing massively.

Everything was going great, he was the kickoff specialist for the University of Central Florida with a scholarship. However, in 2017, NCAA gave him a choice to either leave football or to delete or demonetize his Youtube Channel.

It was because NCAA forbids athletes to earn from other sources other than their athletic ability. He was left in a huge dilemma and he chose YouTube over football.

As a result, he was kicked off from the team and gave YouTube his top priority as it had grown so big. Fortunately, he was signed by Toronto Argonauts of the Canadian Football League as a placekicker.

At the moment, he mostly sells a custom-made T-shirt, hoodies and other accessories with various stickers and prints. The prices of the merchandise range from $30 – $40 which is very affordable and gets ‘sold out’ time and again.

So is the case for Deestroying, as most of his earnings and incomes comes from YouTube. The subscribers and viewers count of his has risen significantly over the years.

Currently, he has more than 1.6 million subscribers on his channel with an average of 358,351 views daily.

Net Worth: According to socialblade.com, from his YouTube channel, he earns an estimated $32.3K – $516K in a year calculating the daily views and growth of subscribers. Thus, evaluating all his income streams, explained above, over the years, and calculating it, Deestroying’s net worth is estimated to be around $700k – $800k.

As a popular YouTuber, it is obvious that his followers want to know the personal side of his life as well. And, he is not shy to tell who he is in relationship with. At the moment, he is in a relationship with an Instagram star named Kiana Wudte. She has always been there since the very beginning and helped him with the vlogs to make his YouTube channel reach the success it is at right now. 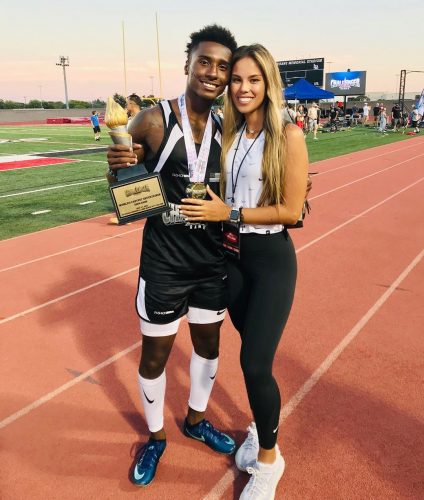 Education:    He completed his education from the University of Central Florida majoring in marketing.

Deestroying started his YouTube channel on June 5, 2015, and uploaded his first video titled “Football vs Fútbol vs Rugby?.” Since then he has been uploading various football skills and tutorials videos and vlogs.

Till now, out of all his videos, “ODELL BECKHAM ONE HANDED CATCH CHALLENGE!” is the most popular videos in his channel. It has racked more than 1.6 million views as of now.

At the moment, his channel is growing day-by-day with over 1.6 million following his video content. Also, he is consistent in uploading videos as he uploads videos three to four times a week.