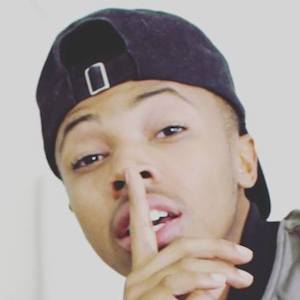 Reaction videos have become mainstream content in the YouTube community. Only the YouTubers who provides entertaining contents prevails. And, Dejon Jones has been one of them. His reaction videos are fun to watch from the beginning till the end. Scroll down to know more about him.

Dejon Jones is an American YouTuber who has earned a lot of fame for his pranks, challenges, reaction, comedy videos and vlogs which he uploads in his channel, Casanova. Right now, he has earned more than 1.5 million subscribers. Not just that, his channel has garnered a total of more than 215 million views from his videos. Other than YouTube, he has lots of fan followings on his various social media platforms. Also, he has more than 126k  followers on his Instagram alone at the time of writing this article.

So is the case for Dejon Jones, as most of his earnings and incomes comes from YouTube. The subscribers and viewers count of his has risen significantly over the years.

Currently, he has more than 1.5 million subscribers on his channel with an average of 58,214 views daily.

Net Worth: According to socialblade.com, from his YouTube channel, he earns an estimated $8.3k – $132.3k in a year calculating the daily views and growth of subscribers. Thus, evaluating all his income streams, explained above, over the years, and calculating it, Dejon Jones’s estimated net worth is $400k – $500k.

Dejon Jones started his YouTube channel on February 6, 2015 and uploaded his first video titled “BRUHITSZACH AND WESTONKOURY ROAST RICEGUM REACTION! (DISS TRACK).” Since then he has been uploading various pranks, challenges, reaction, comedy videos and vlogs.

Till now, out of all his videos, “IF YOU LAUGH GET A TATTOO (99% FAIL)” is the most popular videos in his channel. It has racked more than 7.4 million views as of now.

At the moment, his channel is growing day-by-day with over 1.5 million following his video content. Also, he is consistent in uploading videos as he uploads videos two to three times a week.