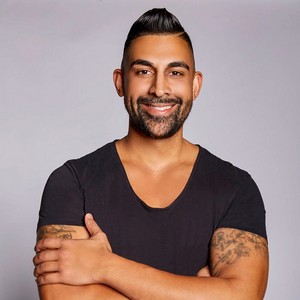 Dhar Mann is one of the most intellectual and smart social media star out there. He has been running multiple businesses with tremendous success since a very young age. Also, he has risen his social media presence to millions of people worldwide due to his motivational and inspirational videos. He is not one of those stars who showing off how they rich are, but, he is the one who uses his fame to push people who are struggling in their life. Let us know more about this brilliant and inspirational social media star, Dhar Mann.

Dhar Mann is a 37 years old YouTuber, Entrepreneur. Mann accumulated a lot of fame and recognition for his motivational and inspirational videos based on various relatable life situations, vlogs which he uploads in his channel, Dhar Mann.

Besides YouTube, he has two business people. He is currently the CEO of liveglam, a beauty company with more than 1.7 million followers on Instagram founded in 2015 & @dharmannstudios, which has more than 227k followers as well.

Right now, Mann has earned more than 2.22 million subscribers. Not just that, his channel has attained a total of more than 583 million views from his videos. Other than YouTube, he has lots of fan followings on his various social media platforms. Also, he has more than 2.4 million followers on his Instagram alone at the time of writing this article.  He got his first shot at fame when he founded a company, WeGrow, a medical marijuana franchise, in 2010. It was involved in selling products and services to help patients use medicinal marijuana properly. However, the store was closed.

However, it was not his first successful business, as his first business venture was a real estate mortgage brokerage company, which he founded when he was just 19 in 2007.

Dhar Mann was born on May 29, 1984, in California, US. Mann is of Indian descent. Business runs in the family as his father, Baljit Singh and mother, Surinder Singh, are the founders of a taxi company. They are entrepreneurs themselves so, it won’t be surprising how Dhar Mann is such a successful entrepreneur.   Ever since Mann was a kid, he was passionate about running a business and motivating others

He was a bright student who was academically above average. He studied political science and economics at the University of California.

As a popular social media influencer, it is inevitable for people wanting to know about their relationship status. But, good news, he has remained open about sharing his relationship on all of his social media handles. At the moment, Dhar Mann is engaged to a beautiful and popular Instagram star and model herself, Laura Gurrola. They got engaged in September 2019. Not just that, he and Laura became parents to a little angel named Elia Rose on May 1, 2020.

Previously, he was engaged to a popular reality star and fashion designer named Lilly Ghalichi. However, they called off the wedding and went on separate ways. Nevertheless, he has moved on from the breakup years ago and is now living the happiest days of his life as a great father and soon to be husband.

Dhar Mann stands at a height of 5 feet 10  inches (1.78 m). At the moment, the information about his weight remains unknown. Mann looks very attractive with beautiful Dark Brown eyes and Black hair. Also, he has an athletic and shredded body physique. Unfortunately, the detailed statistics regarding his body measurements remain unknown.

What is Dhar Mann’s NET WORTH and YOUTUBE EARNINGS??

Business Ventures: He owns a real estate company, Dharmann studio, and Live Glam which earns him 8-figures in revenue.

So is the case for Dhar Mann, as most of his earnings and incomes come from YouTube. The subscribers and viewers count of his has risen significantly over the years.

Currently, he has more than 2.22 million subscribers on his channel with an average of 2.5 million views daily.

Net Worth: According to socialblade.com, from his YouTube channel, Mann earns an estimated $225.8K – $3.6M in a year calculating the daily views and growth of subscribers. Thus, evaluating all his income streams, explained above, over the years, and calculating it, Dhar Mann’s net worth is estimated to be around $30 million.

Dhar Mann started his YouTube channel on May 9th, 2018, and uploaded his first video titled “Before You Give Up…WATCH THIS.” Since then he has been uploading various motivational and inspirational videos based on various relatable life situations, vlogs.

Till now, out of all his videos, “Gold Digger Dumps Broke Boyfriend, She Then Lives To Regret Her Decision | Dhar Mann” is the most popular video in his channel. It has racked more than 12 million views as of now.

At the moment, his channel is growing day-by-day with over 2.22 million following his video content. Also, he is consistent in uploading videos as he uploads videos once or twice a week.

Is Dhar Mann involved in any RUMORS AND CONTROVERSY?

Q: What is Dhar Mann’s birthdate?

Q: What is Dhar Mann’s age?

Q: What is Dhar Mann’s height?

Q: Who is Dhar Mann’s Fiance?

A: Dhar Mann is Engaged to Laura Gurrola at the moment.

Q: What is Dhar Mann’s Net Worth?