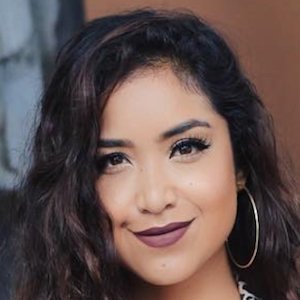 Let’s be honest, a female joining army is a dope. Dulce Candy is one of the women who was an army and served in Iraq for a year. She got an instant attention and popularity when she transformed her life from a hard life of army to fashion and lifestyle. Her insane career choices don’t stop here, she also worked as a mechanic before she got into YouTube. Many have praised her courage, beauty and her willingness to get outside the comfort zone and doing what she loves, not caring the social stereotypes. Not only that, her charming personality has earned her a lot of followers on all of her social media accounts. YouTube, Instagram, Snapchat…..name it, she has it all.

Dulce Candy is an American-Mexican YouTuberFashion vlogger who is best-known for uploading makeup tutorial and tricks, beauty tips, product reviews and travel vlogs in her channel, Dulce Candy. At the moment, she has earned more than 2.2 million subscribers as of June 2018. Also, her channel has garnered a total of more than 322 million views as well. Besides YouTube, she has lots of fan followings on her other social media platforms. Also, she has more than 1.1 million followers on her Instagram alone at the time of writing this article. Moreover, she also has a secondary YouTube channel with over 311k subscribers.

Husband’s name:    Jesse Ruiz: He also was in the army serving in the same unit Dulce was.

Previous relationship:    In her YouTube video, she said that she had a boyfriend at the age of 14 who broke up with her unconditionally. She decided to even suicide after not being able to handle the heartbreak. However, she got over him over time. Unfortunately, she expressed a heartfelt condolences to him after she got to know that he passed away in 2018.

Children:    She has a son named Izek.

Present status:    Let us talk about her love story. Dulce and Jesse were in the same unit of the army in 2006. When many boys were hitting on her, Jesse was there minding his own business. This instantly caught her attention and started getting close with him. They felt the connection with each other and fell in love after spending lots of time together.


She also said that many of the boys were bad to them after they got into the relationship. Many doubted that their relationship would last and said pretty bad things about them. However, their love was so strong that they stuck with each other through every thick and thins life has brought to them.


Eventually, they married on October 11 in an undisclosed year and they have been together since the last 10 years and counting. Right now, she, her husband and her son make a perfect family. They have been an example to a lot of people who often break up too easily. Their relationship is deemed to last for ages to come and till their last breath.

Sponsorship: As she has more than 1.1 million followers on her Instagram account, advertisers pay a certain amount for the post they make. Considering her latest 15 posts, the average engagement rate of followers on each of her post is 1.19%. Thus, the average estimate of the amount she charges for sponsorship is between $2,303.25 – $3,838.75.

Endorsements: As a successful YouTuber and fashion vlogger, she has various endorsement deals from various fashion companies.  There are many posts from her Instagram where she promotes various brands and products.

YouTube: YouTube has been a platform where people can work by connecting with viewers and getting paid for the ads viewers watch in the process of watching their videos. So is the case for Dulce Candy, as most of her earnings and incomes come from YouTube. The subscribers and viewers count of her has risen significantly over the years. Currently, she has more than 2.2 million subscribers on her channel with an average of 12,253 views daily.

According to socialblade.com, from her YouTube channel, she earns an estimated $1.1K – $17.6K in a year calculating the daily views and growth of subscribers. Thus, considering and calculating all the income streams above, her estimated net worth is between $1 million to $1.5 million.

Mother:    Her mother’s name is Teresa, who is surprisingly into makeup and fashion as well. She also has a YouTube channel with over 56k subscribers. People often get surprised that she is Dulce’s mother because she looks really young and fashionable.

Sibling:    She has two sisters with whom she grew up with.

Childhood:    In one of her YouTube videos, she said that she was born in Mexico and moved to Southern California with a lot of struggle and risks. She spent most of his childhood there with a lot of love and care from her family despite not being that financially strong. She also was close to her sisters and was into the cheerleading team when she was studying at high school. From a very young age, she has interest in various fields, from makeup and fashion to serve her nation.

Dulce Candy started her YouTube channel on June 14, 2008, and uploaded her first video on July 3, 2008, titled “MaryKay The Berries Look!!!! using mineral eyeshadows..” Since then she has been uploading various makeup tutorial and tricks, beauty tips, product reviews, and travel vlogs.

Till now, out of all her videos, “Quick and Easy: Winged Liner” is the most popular videos on her channel. It has racked more than 9.5 million views as of now.

At the moment, her channel is growing day-by-day with over 2.2 million following her video content. Also, she is consistent in uploading videos as she uploads videos once or twice a week. Before she was into YouTube and fashion, she joined the army in the year of 2006 and served in Iraq for a fifteen months.