Hyper is a YouTuber and gamer who can make interesting contents from the popular game, Roblox. He creates real life-like situations from the game itself and surprisingly it is fun and entertaining to watch. His growth has been continuous because of his content and consistency. He has garnered millions and millions of views over the years so you can guess how interesting of a content he is creating all these years. Now let us know more about Dylan the Hyper.

Hyper was born on May 13, 1999, in Los Angeles, California, US. Ever since Dylan was a kid, he was always keen and passionate about gaming. As he grew up, he earned a lot of fame for his Roblox gaming videos which he uploads in his channel, Hyper.

Right now, Dylan has earned more than 1.2 million subscribers. Not just that, his channel has attained a total of more than 204 million views from his videos. Other than YouTube, he has lots of fan followings on his various social media platforms. Also, he has more than 50k  followers on his Instagram alone at the time of writing this article. He also has a Twitch channel which has more than 21,000 followers. 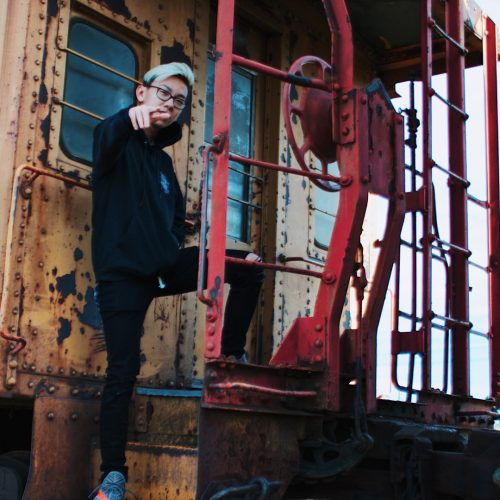 At the moment, he mostly sells a custom-made T-shirt, hoodies and other accessories with various stickers and prints. The prices of the merchandise ranges from $25 – $40 which is very affordable and gets ‘sold out’ time and again.

So is the case for Hyper, as most of his earnings and incomes comes from YouTube. The subscribers and viewers count of his has risen significantly over the years.

Currently, he has more than 1.2 million subscribers on his channel with an average of 794,491 views daily

Twitch : As he also streams on Twitch, he earns a decent amount of money from donations he gets. Also, he has already earned more than 21,000 followers which also adds up on his net worth.

Net Worth: According to socialblade.com, from his YouTube channel, he earns an estimated $71.5K – $1.1M in a year calculating the daily views and growth of subscribers. Thus, evaluating all his income streams, explained above, over the years, and calculating it, Hyper’s net worth is estimated to be around $2 million.

Not just his career is great. His romantic life is also great as well. It is because it has already been a year since he has dated a girl named Cari. They celebrated their one year anniversary on June 14, 2019.

Sibling:    She has a sister named Ashley and a brother named Ethan. They have already been featured on his YouTube channel.

Hyper started his YouTube channel on September 6, 2013 and uploaded his first video titled “Minecraft: Hunger Games w/ Hyperdarkness & MCFrisky Game 2: “Dat Comeback Though”.” Since then he has been uploading various Roblox gaming videos.

Till now, out of all his videos, “TRY NOT TO SING ALONG!! (ROBLOX Challenge)” is the most popular videos in his channel. It has racked more than 2.9 million views as of now.

At the moment, his channel is growing day-by-day with over 1.2 million following his video content. Also, he is consistent in uploading videos as he uploads videos four to five a week.