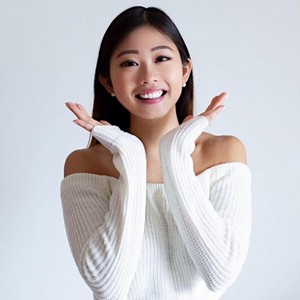 Emi Wong is a lifestyle and fitness vlogger who has taken fitness and a healthy lifestyle to a next level. Her practical, and informative tips for fit life has been a keen inspiration to maintain the desired physique. Not just that, lots of her followers have shared their testimonials by following her guidelines.

Emi Wong is a Canadian YouTuber who is best-known for an uploading fitness routine, diet advice and travel vlogs in her channel, Emi Wong. She was born in Canada, but grew up in Hong Kong and is Hong Kongese by ethnicity. Right now, she has earned more than 753k subscribers. Not just that, her channel has garnered a total of more than 47,376,448  views from her videos. Other than YouTube, she has lots of fan followings on her popular social media platforms. Also, she has more than 195k followers on her Instagram alone at the time of writing this article.

Sponsorship: As she has more than 195k followers on her Instagram account, advertisers pay a certain amount for the post they make. Considering her latest 15 posts, the average engagement rate of followers on each of her post is 4.57%. Thus, the average estimate of the amount she charges for sponsorship is between $585.75 – $976.25.

YouTube: YouTube has been a platform where people can work by connecting with viewers and getting paid for the ads viewers watch in the process of watching their videos. So is the case for Emi Wong, as most of her earnings and incomes comes from YouTube. The subscribers and viewers count of her has risen significantly over the years. Currently, she has more than 753k subscribers on her channel with an average of 145,729 views daily.

Net Worth: According to socialblade.com, from her YouTube channel, she earns an estimated $13.1K – $209.8K in a year calculating the daily views and growth of subscribers. Thus, evaluating all her income streams, explained above, over the years, and calculating it, Emi Wong’s estimated net worth is $600,000-$700,000.

Emi Wong is a very beautiful with a healthy lifestyle. In order to make her healthy lifestyle more lively, she has the support of Chad who is her boyfriend. They met in the University of Hong Kong during her first year and his second year. They were just friends at the time. After 2 years, they met at a party where they got to know each other more better. They took a new step for their friendship, which turned into a long-lasting relationship.

At the moment, they are very happy with their relationship. Recently, Chad surprisingly proposed her to marry him. And, she undoubtedly said Yes. They are planning for their wedding ceremony. The number of years they have spent time together proves that they truly love each other.

Father:      Her father has been featured in her Instagram posts. But, the name of her father has not been revealed yet.

Mother:    Her mother has been featured in her Instagram posts. But, the name of her mother has not been revealed yet.

Education:    n 2013, she earned her bachelor of business administration from The University of Hong Kong

Emi Wong started her YouTube channel on November 2, 2014, and uploaded her first video titled “My 24 Weeks Weight Loss Journey & Eating Disorder (Bulimia) Recovery – THE HONEST TRUTH.” Since then she has been uploading various fitness routine, diet advice, and travel vlogs.

Till now, out of all her videos, “10 min Full Body HIIT Workout – FAT BURNING No Equipment | 10分鐘超燃脂全身間歇訓練 – 無需器材訓練” is the most popular videos in her channel. It has racked more than 5.9 million views as of now.

At the moment, her channel is growing day-by-day with over 753k following her video content. Also, she is consistent in uploading videos as she uploads videos 3-4 times a week. Currently, she is a social media promoter of Lululemon, a fitness brand.