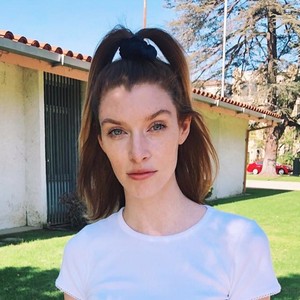 Who doesn’t love to laugh? Especially when it’s a beautiful girl who is trying to make you laugh with her entertaining and realistic contents. The famous Vine comedian Erin Gilfoy got massive popularity after launching the YouTube series Vining and Driving with her friend.

Erin Gilfoy was born on June 30, 1991, in Massachusetts, USA. Ever since Erin was a kid, she was always keen and passionate about lifestyle and fashion. As she grew up, she earned a lot of fame for her pranks, challenges, reaction, comedy videos and vlogs which she uploads in her channel, Erin Gilfoy.

Right now, Erin has earned more than 84k subscribers. Not just that, her channel has attained a total of more than 2 million views from her videos. Other than YouTube, she has lots of fan followings on her various social media platforms. Also, she has more than 299k  followers on her Instagram alone at the time of writing this article.

Erin Gilfoy is a very talented and fun loving woman who loves to make people laugh. Her vines and contents are so funny that it makes people burst out of laugh. talking about her relationship, Erin recently got engaged with the love of her life, T.J. Petracca. They got engaged in 2018. After dating each other for more than 3 years, they finally took the decision to get engaged. Soon they are getting married and settle a happy family.

Considering Erin’s latest 15 posts, the average engagement rate of followers on each of her post is 19.44%. Thus, the average estimate of the amount she charges for sponsorship is between $901.5 – $1,502.5.

So is the case for Erin Gilfoy, as most of her earnings and incomes come from YouTube. The subscribers and viewers count of her has risen significantly over the years.

Currently, she has more than 84k subscribers on her channel with an average of 2,974 views daily.

Net Worth: According to socialblade.com, from her YouTube channel, she earns an estimated $268 – $4.3K in a year calculating the daily views and growth of subscribers.

Thus, evaluating all her income streams, explained above, over the years, and calculating it, Erin Gilfoy’s net worth is estimated to be around $300,000-$400,000.

Erin Gilfoy started her YouTube channel on April 8, 2009, and uploaded her first video titled “idk what im doing even (vlog 1).” Since then she has been uploading various pranks, challenges, reaction, comedy videos, and vlogs.

Till now, out of all her videos, “I GOT ENGAGED!! (the proposal)” is the most popular videos on her channel. It has racked more than 172K views as of now.

At the moment, her channel is growing day-by-day with over 84k following her video content. Also, she is consistent in uploading videos as she uploads videos 3-4 times a week.