Faouzia Ouihya is a 19-year-old Morocco-born singing talent from Winnipeg, Canada. Faouzia is an extremely talented vocalist, songwriter, and multi-instrumentalist who is fluent in three languages (French, Arabic, English). Her lyricism is influential and inspiring which outcries about female empowerment and overcoming darkness. At such a young age, she has been able to touch the souls of millions of people all over the world. With a sound of cinematic pop blending with alternative and rhythmic elements, her songs are very catchy and powerful. Now let us know more about this singing sensation, Faouzia. 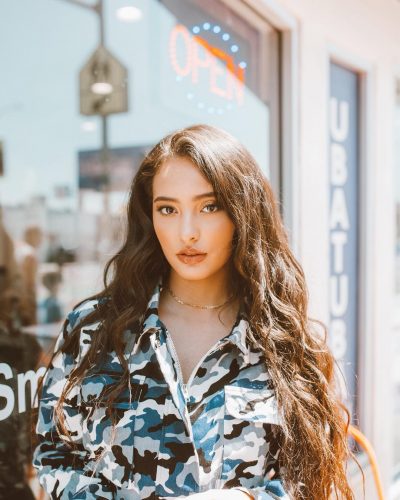 Faouzia was born in Casablanca, Morocco on July 5, 2000. At the age of five, she moved with her family to Notre Dame de Lourdes, Manitoba. And, after that, they settled in Carman, Manitoba. She gained a lot of attention for winning a lot of competitions, awards for her sensational songs and vocal prowess at such a young age. From YouTube to stardom, her rise has been meteoric which is covered below. 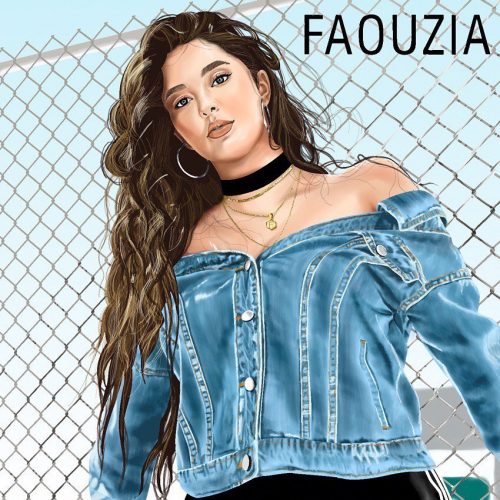 At the age of fifteen, Faouzia won Song of the Year, the Audience Award, as well as the Grand Prix at La Chicane Éléctrique which was held in 2015. She started uploading her songs and covers on her YouTube channel. Due to her insane talent, she was noticed and immediately signed with Paradigm Talent Agency.

In the very next year, she won second place in the popular Canadian program named Emerging Artist Mentorship. She was able to win the Grand Prize at the music competition named Nashville Unsigned. In the same year, she partnered with a fellow Manitoban artist named Matt Epp. Together, they created their single The Sound. And, their song was able to win the largest songwriting competition in the world named International Songwriting Competition.

Due to her insane growth and exposure of her talent, Faouzia featured in the song named Battle on David Guetta’s studio album named “7”, on 24 August 2018. In an interview, Guetta praised Faouzia for her great vocal range, powerful vibrato, and unique style of singing which became the reason why he selected Faouzia on his song.

Sibling:    She has a sister named Samie.

Education:    She is quite introvert regarding her personal background. Thus, her qualifications and educational background are not available.

Sponsorship: As she has more than 1.3 million followers on her Instagram account, advertisers pay a certain amount for the post they make. Considering her latest 15 posts, the average engagement rate of followers on each of her post is 18.58%. Thus, the average estimate of the amount she charges for sponsorship is between $2,703 – $4,505.

Songs: As we all know, she has been in the music industry for a long time. And, she has been releasing a few of her own singles which has done very well. All of her songs are sold through numerous platforms such as Spotify, Apple Music, iTunes Store, Amazon Music and soon.

Concert: As one of the most exciting and upcoming talents in the music industry, she has significant numbers of the fanbase who are eager to watch her perform live. She has already performed numerous concerts and shows until now which gives her a lot of money in the process.

Even with the given information, it is still not enough to make any correct estimation of her net worth as she is still very young and fresh on her career. Regardless, making a rough estimate, Fasouzia’s net worth is around $600k – $700k.

Due to her preference to keep her work in the limelight, she has not revealed her partner or relationship status at the moment., Also, she has a reserved personality, so she has kept her romantic life low profile and out of public attention.

There is not even single information about her love life or her partner in crime, in any of her social media. Despite the fame and limelight, she has been an amazing individual who could give separate space to her personal and professional life. Moreover, she seems to be low-key about relationships and romance. It is only a matter of time before she opens up about the romantic chapter of her life.

Few rumors about celebrities regarding their relationship and career spread here and there. People make tales and try to bring celebrities down due to hatred and jealousy. But, Faouzia has successfully got her out of unwanted rumors. She has distracted herself quite well from the negative energy that drains out from the haters. She has done a praiseworthy job to keep her away from controversies with positivity and good work.