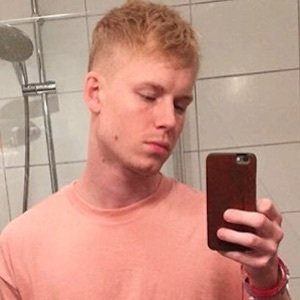 FaZe Teeqo is a director of eSports organization called FaZe Clan and a renowned YouTuber. He has won the heart of millions of YouTube audience through his humorous commentary on his gameplay. He never lets his viewers get bored with his entertaining videos.

FaZe Teeqo is a Swedish YouTuber who is best-known for uploading pranks, challenges, reaction, gaming videos and vlogs in his channel, FaZe Teeqo. Right now, he has earned more than 1.9 million subscribers. Not just that, his channel has garnered a total of more than 231,232,122  views from his videos. Other than YouTube, he has lots of fan followings on his popular social media platforms. Also, he has more than 1 million followers on his Instagram alone at the time of writing this article.

At the moment, he mostly sells a custom-made T-shirt, hoodies and other accessories with various stickers and prints. The prices of the merchandise range from $10-$80 which is very affordable and gets ‘sold out’ time and again.

So is the case for FaZe Teeqo, as most of his earnings and incomes comes from YouTube. The subscribers and viewers count of his has risen significantly over the years.

Currently, he has more than 1.9 million subscribers on his channel with an average of 76,835 views daily.

Net Worth: According to socialblade.com, from his YouTube channel, he earns an estimated $6.9K – $110.6K in a year calculating the daily views and growth of subscribers.

Promoter: He promotes the gym supplements named GFUEL. It sells drinks of esports on its website https://gfuel.com/. Not just the drinks, but it also sells the accessories like a cup, and premium flavored packets. However, the contract is not disclosed in public, so the pay of Jakob cannot be stated.

FaZe Teeqo is a very good looking man with a charming personality. He has won the heart of many girls with his skills and creativity. However, who is the lucky girl liked by Faze AKA Jakob is still a mystery. He has not given a single hint about his love life. He never posts about his girlfriend or relationship, so at the moment it is better to state that he is single.

Moreover, he seems to be low-key about relationship and romance. It is only a matter of time before he opens up about the romantic chapter of his life.

Is Faze a Tattoo freak?

FAZE is a tattoo freak who loves doing numerous tattoo and give adequate time for that. He invested 11 hours and a half a day for a tattoo in Florida.  He loves adding new designs in his tattoo.  He flies to other cities just to get a tattoo done. This defines his love for a tattoo.

FaZe Teeqo started his YouTube channel on March 16, 2014, and uploaded his first video titled “The Return of FaZe Teeqo!.” Since then he has been uploading various pranks, challenges, reaction, gaming videos, and vlogs.

Till now, out of all his videos, “TRAPPED ROOMMATE PRANK
” is the most popular videos on his channel. It has racked more than 5.6 million views as of now.

At the moment, his channel is growing day-by-day with over 1.9 million following his video content. Also, he is in uploading videos as he uploads videos 3-4 million a week.

Few rumors about celebrities regarding their relationship and career spread here and there. People make tales and try to bring celebrities down due to hatred and jealousy. But, FaZe Teeqo has successfully got him out of unwanted rumors. He has distracted himself quite well from the negative energy that drains out from the haters. He has done a praiseworthy job to keep him away from controversies with positivity and good work.