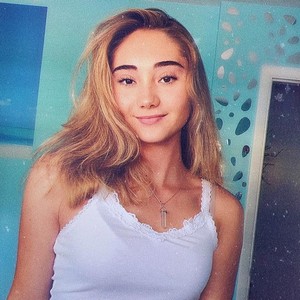 Nowadays, TIkTok is one of the most popular social media platforms. And, Gabby Murray is one of the popular rising stars on TikTok. Her charming personality and attractive appearance have made her popularity grow significantly over the years. Now, let’s dig into her life in detail.

Gabby Murray is an American TikTok star and YouTuber who is best-known for uploading vlogs, TIkTok tutorials, and random videos in her channel, Gabby Murray. Right now, she has earned more than 166k subscribers. Not just that, her channel has garnered a total of more than 4 million views from her videos.

Other than YouTube, she has lots of fan followings on her popular social media platforms. At such a young age, she has already crossed 1 million mark on TikTok account.

As a popular and charming individual, it is obvious that many of her followers would be curious to know her relationship status. The answer to the curiosity is – she is in a relationship.

She has been dating Pat Sewell for quite a time. She frequently uploads photos of him on her Instagram expressing the love she has for him. Also, the couple has been admired and loved by her fans.

So is the case for Gabby Murray, as most of her earnings and incomes come from YouTube. The subscribers and viewers count of her has risen significantly over the years.

Currently, she has more than 166k subscribers on her channel with an average of 7,048 views daily. According to socialblade.com, from her YouTube channel, she earns an estimated $634 – $10.1K in a year calculating the daily views and growth of subscribers.

However, the estimation of her net worth is still not possible as her popularity has grown significantly in a short period of time. So, the information needed to calculate her net worth is not available. Regardless, in the coming days, she will be making a lot of money and her net worth is sure to grow.

Gabby Murray started her YouTube channel on December 14, 2014 and uploaded her first video titled “AMZ Review Trader HAUL!!.” Since then she has been uploading various vlogs, TIkTok tutorials, and random videos.

Till now, out of all her videos, “How to do the Floating/Throwing Musical.ly (Superpowers)” is the most popular videos in her channel. It has racked more than 1.1 million views as of now.

At the moment, her channel is growing day-by-day with over 166k following her video content. Also, she is consistent in uploading videos as she uploads videos once or twice a week. Also, she has a TIkTok account where she posts lip sync and short funny videos. It has already crossed 1 million mark.