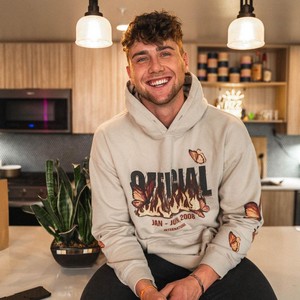 Many people might know Harry as a reality star. However, he has got plenty of other things going on that people don’t know. So, to uncover those things and give you many interesting facts about him we have assembled as much information like family, education, age, relationship, and many more.


So, make sure to read the article till the very end.

Harry Jowsey was born on May 24, 1997, in Australia. Harry has not revealed information about his ethnic background until now. He appears to be reserved about his parent’s history, so, he has not mentioned anything about his parents until now.  Ever since Harry was a kid, he was passionate about fashion and modeling. He had a childhood in a very caring and loving environment. His parents were really supportive and attentive about his needs. In simple words, he got a childhood that surely made him the talented and successful person he is right now.

Harry has earned a massive fan following and popularity after winning two very famous reality shows. As he has earned such a huge fan following, it is apparent that many of his supporters and fans would want to know about his relationship status.

Talking about Harry’s current relationship status, he seems to be single at the moment. We scrolled through his social media account and also searched through the web but we could not find any hint related to his relationship status. However, looking into his past life, he has dated and had even got engaged to Too Hot to Handle castmate Francesca Webb. But the couple broke after a few months they got engaged in 2020. Afterward, Harry dated Jake’s Paul ex-girlfriend Julia Rose but the relationship short-lived after she was spotted in one of Jake Paul’s Instagram stories.

Harry’s fame first got into the spotlight when he entered the reality show called Heartbreak Island in 2018. He competed on the show and referred to himself as Heartbreak Harry because of his character in the show. The premise of the show was that a group of young singles compete for a chance to find love and a cash prize of $100,000 and Harry made sure to leave to show with both a girlfriend and the cash prize of $100,000.  Harry earned massive fame and popularity after the show. He started his own clothing line called “Naughty Possums”. In 2017, he co-founded an eyewear company called “Kensngtn” with his best friend Kristian Barbarich. In 2020, harry again joined a new show called Too Hot to Handle and with plenty of experience he had gained from the previous show, he was announced one of the winners of the show.
Harry has also worked as a model and has worked for famous brands like Calvin Kleins.

Harry Jowsey stands at the height of 6 feet and 5 inches. However, the information regarding his weight remains unknown. Harry looks very attractive with beautiful Hazel eyes and Dark Brown hair. Also, he has an Athletic and Shredded body physique. The details regarding his body measurements remain unknown.

Reality Star: Harry has not revealed his exact income and earnings until now. However, according to www.ziprecruiter.com an average of a reality star is estimated to be around $73,475.

Sponsorship: As he has more than 3.7 million followers on his Instagram account, advertisers pay a certain amount for the post they make. Considering his latest 15 posts, the average engagement rate of followers on each of his posts is 7.91%. Thus, the average estimate of the amount he charges for sponsorship is between $7,447.5 – $12,412.5.

YouTube: Currently, Harry has more than 49.8k subscribers on her channel with more than 151,089 views now.

According to socialblade.com, from his YouTube channel, Harry earns an estimated $31 – $495 in a year.

Q: What is Harry Jowsey’s birthdate?

Q: What is Harry Jowsey’s age?

Q: What is Harry Jowsey’s height?

A: Harry Jowsey’s height is 6 feet and 5 inches.

Q: Who is Harry Jowsey’s Girlfriend?

A: Harry Jowsey is Single at the moment.

Q: What is Harry Jowsey’s Net Worth?