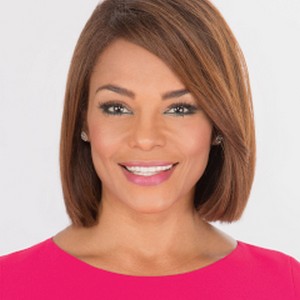 Ilia Calderon is a Columbian journalist who currently works as a news anchor for Univision’s national evening newscast along with Jorge Ramos.

In the article below, we will be giving you some information about her. Her family, career, financial details, and many more. So, make sure to stick with us till the end!

Ilia Calderón was born on May 15, 1972, in Colombia. Ilia is of Hispanic descent. She appears to be reserved about her parent’s history, so, she has not mentioned anything about her parents until now. She has not given any insight into her childhood until now. It seems that she is very focused on her career.

As Ilia has earned such huge fame and popularity as a journalist, it is apparent that people would want to know about her relationship status as well.

Talking about her relationship status, she is married to a guy named Eugene Jang. Talking about Eugene, he works as a physical therapist. The couple met each other through a common and friend in Miami. They never might have thought that they will be together for the whole life when they first met each other but now have been together for almost 10 years now. The couple has been living a lovely life together and in 2009, they welcomed their adorable daughter Anna and as of now, the couple is living a happy life together.

During the start of her career, she presented few news shows on the Columbian regional channel Teleantioquia. Then she went to national television for Noticiero Cm& in 1998. Three years later, she went to Telemundo an American Spanish-language terrestrial television network where she hosted the Noticiero Telemundo weekend edition and a segment at the now-defunct show Cada Día con María Antonieta.

She left Telemundo in March 2007 and started hosting Univision Primer Impacto’s weekend edition. In 2009,  She left the weekend edition to Satcha Pretto and became a regular co-host on the Monday-Friday edition with Barbara Bermudo.

In December 2017, she became the co-anchor of the 6:30 PM news Noticiero Univision.

She co-hosted the eleventh Democratic Presidential Debate on CNN with Jake Tapper and Dana Bash on March 15, 2020.

Throughout her career as a journalist, she also won few prestigious awards including the Emmy award.

Ilia Calderón stands at the height of 5 feet and 9 inches. However, the information regarding her weight remains unknown. Ilia looks very attractive with beautiful Dark Brown eyes and Dark Brown hair. Also, she has a slim and curvy body figure body physique. The details regarding her body measurements remain unknown.

Journalist: She has not mentioned any information about her income or earnings until now. However, according to www.glassdoor.com journalists in Univision can earn between the range of  $31,200  to $89,718 annually.

Q: What is Ilia Calderón’s birthdate?

Q: What is Ilia Calderón’s age?

Q: What is Ilia Calderón’s height?

A: Ilia Calderón’s height is 5 feet and 9 inches.

Q: Who is Ilia Calderón’s Husband?

A: Ilia Calderón is Married at the moment.

Q: What is Ilia Calderón’s Net Worth?