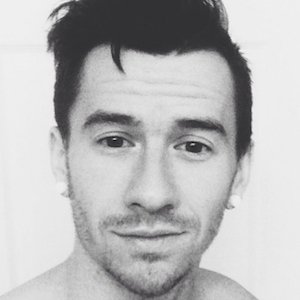 Sean Callagan, better known as ItsYeBoi, has the job of making people laugh through his pranks, scientific experiments, challenges, vlogs, and other funny contents. Also, the quality of his video is at top level where the entertainment is till the end of his videos. His charming personality and looks are also well-praised and appreciated.

ItsYeBoi is a Canadian YouTuber who is best-known for uploading pranks, challenges, reaction, comedy videos and vlogs in his channel, ItsYeBoi . At the moment, he has earned more than 2 million subscribers as of June 2018. Also, his channel has garnered a total of more than 230 million views as well. Besides YouTube, he has lots of fan followings on his other social media platforms. Also, he has more than 354k  followers on his Instagram alone at the time of writing this article. Besides making funny contents, he also has his secondary channel which is primarily focused on gaming. It has already amassed more than 329k subscribers.

Girlfriend’s name:    Olivia – She is a MAC Cosmetics makeup artist.

Present status:   Sean and Olivia started dating way back when he was not popular. They officially got into the relationship in 2012 and stuck with each other in every obstacle. She was the support system when he started making YouTube videos. They have always stuck with each other and appreciate each other for having each other in their life. At the moment, even with all the popularity he has, he remains committed, dedicated and loving as ever to Olivia. Their relationship is deemed to last for decades to come.

Sponsorship: As he has more than 354k followers on his Instagram account, advertisers pay a certain amount for the post they make. Considering his latest 15 posts, the average engagement rate of followers on each of his post is 6.15%. Thus, the average estimate of the amount he charges for sponsorship is between $1,060.5 – $1,767.5.

YouTube: YouTube has been a platform where people can work by connecting with viewers and getting paid for the ads viewers watch in the process of watching their videos. So is the case for ItsYeBoi, as most of his earnings and incomes comes from YouTube. The subscribers and viewers count of his has risen significantly over the years. Currently, he has more than 2 million subscribers on his channel with an average of 268,341 views daily.

According to socialblade.com, from his YouTube channel, he earns an estimated $24.2K – $386.4K in a year calculating the daily views and growth of subscribers.

Gaming channel: He also has a secondary channel focused on gaming. According to socialblade.com, his estimated yearly earning from the channel is $442 – $7.1K, which is significantly low than his main channel because of the fact that he is not as active in this channel as in the main channel.

Thus, evaluating all the income streams above, his estimated net worth is anywhere between $700 – $800k.

Childhood:    Sean is not a person who tell everything about himself. He is open about his current status and shares most of his life with his fans. However, that is not the case for his childhood and family. He has rarely spoken about his family and childhood till now. But, it won’t be wrong to say that he had a decent upbringing which has developed him to be a charming and positive he is today.

ItsYeBoi started his YouTube channel on November 26, 2015 and uploaded his first video on November  27, 2015 titled “THE CONDOM CHALLENGE W/ ChadWithaJ.” Since then he has been uploading various pranks, challenges, reaction, comedy videos and vlogs.

Till now, out of all his videos, “IMPOSSIBLE TRICK – HOW TO CUT A LIME WITH A CIGARETTE!! *TOP 5 BAR TRICK BETS YOU WILL ALWAYS WIN*” is the most popular videos in his channel. It has racked more than 11 million views as of now.

At the moment, his channel is growing day-by-day with over 2 million following his video content. Also, he is consistent in uploading videos as he uploads videos once or twice a week.