Being a mother at an age where you are supposed to be learning and having fun is a very tough situation. And, Julian Mercado went through that tough situation like a champ and a strong woman. She has been sharing her motherhood journey via her YouTube videos. Not just her baby, she also takes care of her younger sister at the same time, isn’t she awesome? One thing is for sure, she has really held up to her responsibility and has won the hearts of millions of people as a good mother and most of all, as a really charming and strong person. Now let us know more about Jelian Mercado down below. 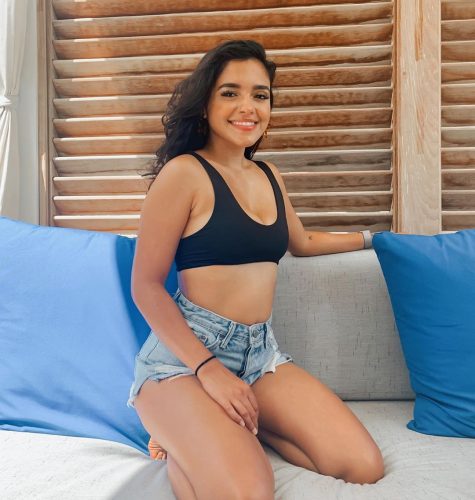 Jelian Mercado is a 24 year old YouTuber, who was born on May 14, 1997. in Ponce, Puerto Rico. Ever since Jelian was a kid, she was always interested and passionate about art and something which lets her explore her creativity. As Jelian grew up, she accumulated a lot of fame and recognition for her vlogs sharing her motherhood journey and other travel vlogs here and there which she uploads in her channel, Jelian Mercado.

Right now, Jelian has earned more than 1.02 million subscribers. Not just that, her channel has attained a total of more than 91 million views from her videos. Other than YouTube, she has lots of fan followings on her various social media platforms. Also, she has more than 166k  followers on her Instagram alone at the time of writing this article.

How did Jelian Mercado get pregnant?

As a single mother when she is so young, there is always lots of question regarding “Who is her baby’s father?”, “Is she dating right now?” etc etc. Now, here goes her story. Her baby’s father’s name is Tony Sarluca. They first met each other when they were at the 8th standard. They hung out with each other a lot and became best friends. Tony wanted to take their relationship one step further but, she wanted otherwise. She started dating another guy and they stopped talking with each other. She dated that guy for a year and they broke up. After the breakup, they again started to hang out with each other.

One thing led to another and she found out that she was pregnant as they were not using any protections and she missed her periods. Her mom was really supportive throughout her pregnancy while Tony was not really able to handle the situation. Finally, she gave birth to Mateo in May 2016. Tony tried his best to support her but, he couldn’t do it for various unknown reasons. He was not able to support her and Mateo as much as he should have. Unfortunately, she posted a video saying they broke up in September 2017. Nevertheless, they are still friends with each other. As for now, she has not given much insight into her personal life as her main priority is Mateo. So, for now, it will be safe to say that she is single and single mother.

Mother:    Her mother’s name is Linnette Serrano. Her father and mother have already separated.

Sibling:    She has two sisters namedJaviell Mass and Denisa Kim. And, she has a brother, Carlos Adrian Mercado.

Childhood:    She has not given any particulars about his childhood until now. It looks like she is very focused on developing her career. Also, much of the attention goes to her career and present life rather than knowing what was her childhood like.

Education:    After she gave birth to Mateo, she dropped out of her school so that she could support and take care of Mateo.

What is Jelian Mercado’s NET WORTH and EARNInGS??

Considering Jelian’s latest 15 posts, the average engagement rate of followers on each of her post is 22.79%. Thus, the average estimate of the amount she charges for sponsorship is between $505.5 – $842.5.

So is the case for Jelian Mercado, as most of her earnings and incomes comes from YouTube. The subscribers and viewers count of her has risen significantly over the years.

Currently, she has more than 1.02 million subscribers on her channel with an average of 201,030 views daily.

Net Worth: According to socialblade.com, from her YouTube channel, Jelian earns an estimated $18.1K – $289.5K in a year calculating the daily views and growth of subscribers. Thus, evaluating all her income streams, explained above, over the years, and calculating it, Jelian Mercado’s net worth is estimated to be around $150k – $200k.

Jelian Mercado started her YouTube channel on September 17, 2009 and uploaded her first video titled “FIRST VLOG!.” Since then she has been uploading various vlogs sharing her motherhood journey and other travel vlogs here and there.

Till now, out of all her videos, “DAY IN THE LIFE OF A TEEN MOM IN SCHOOL” is the most popular videos in her channel. It has racked more than 18 million views as of now.

At the moment, her channel is growing day-by-day with over 1.02 million following her video content. Also, she is consistent in uploading videos as she uploads videos once or twice a week.

Is Jelian Mercado involved in any RUMORS AND CONTROVERSY?