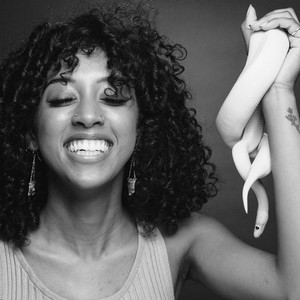 Jennelle Eliana started her YouTube channel with least expectation, let alone millions of views and subscribers. After she uploaded her first video, BOOM, her views and subscribers skyrocketed. In just a matter of month and with justtttt 2 videos, she accumulated more than 1 million videos. Not just that, the number is now 1.7 million with 5 videos. People and the YouTube community went crazy over her insane growth when it takes most people years and years of hard work to reach the number she has now. It did spark some controversy though (Scroll below). She was so shocked and overwhelmed that she had to take a break to figure out what was happening. Now let us know more about this overnight YouTube sensation, Jennelle Eliana.

Jennelle Eliana was born on August 23, 1998, in the United States. Ever since Jennelle was a kid, she was always keen and passionate about traveling. As she grew up, she earned a lot of fame for her vlogs and videos related to lifestyle living in a van and travel videos which she uploads on her channel, Jennelle Eliana.

Right now, Jennelle has earned more than 1.8 million subscribers. Not just that, her channel has attained a total of more than 30 million views from her videos. Other than YouTube, she has lots of fan followings on her various social media platforms. Also, she has more than 304k  followers on her Instagram alone at the time of writing this article.

Talking about her family, it seems that she doesn’t have a good relationship with her family at the time being. In her Q n A video, upon asked if her parents are okay with her living in a van, she answered that she has a dysfunctional family. And, she left her home in the middle of the night determined to get a college degree on her own. She also said that her parents don’t want her to live in a van but, they had to respect her decision.

Not just that, after she left her home, she called them after a long one and a half year to tell them that she did get her college degree. By the looks of what she says, she does seem distant to her family. Regardless, she has a lot of love and respect for her family and calls them more often lately. As of now, she has not featured anything about her father and mother on her social accounts. Also, she has a sister who supports her on everything she does and it seems that her sister is the only one she is most close within her family.

Is Jennelle’s growth real or fake?

Many YouTubers are claiming that she bought views and subscribers. Some are saying that the YouTube algorithm is deliberately putting her videos on the recommended section. It is also said that she is a YouTube industry plant. It means that she is trained by YouTube prior to her channel creation. After her channel blooms, they can effectively promote their products and make their content more promising. Now, nobody knows the exact reason on how she is getting so many subscribers but, one thing we know, she will be earning a lot of money, like a lot.

Seriously blink twice if you need help. 100,000 SUBSCRIBERS IN LESS THAN A MONTH. WTH IS GOING ON MY DUDES. Thank you all for so much love and support this is insane in the membrane. ❤️????

Considering Jennelle’s latest 15 posts, the average engagement rate of followers on each of her post is 17.33%. Thus, the average estimate of the amount she charges for sponsorship is between $1,075.

So is the case for Jennelle Eliana, as most of her earnings and incomes come from YouTube. The subscribers and viewers count of her has risen significantly over the years.

Currently, she has more than 1.8 million subscribers on her channel with an average of 311,913 views daily.

Net Worth: According to socialblade.com, from her YouTube channel, she earns an estimated $28.1K – $449.2K in a year calculating the daily views and growth of subscribers. Thus, evaluating all her income streams, explained above, over the years, and calculating it, Jennelle Eliana’s net worth is estimated to be around $200k – $300k.

Jennelle Eliana started her job as a data entry personnel after she left her home. She stated that she is still working there as she had no idea that her YouTube is going to be so big in such a little time. Also, she seems to have a great working environment as her managers are super flexible. She can take a day off anytime she wants by compensating the work later. Not just that, her colleagues even helped her build her awesome van and her company provided all the necessary tools to build.

Jennelle Eliana started her YouTube channel on April 8, 2018, and uploaded her first video titled “VAN TOUR | SOLO FEMALE TRAVELER lives VANLIFE with PET SNAKE!.” Since then she has been uploading various vlogs and videos related to lifestyle living in a van and travel videos.

Till now, out of all her videos, “HOW I SHOWER LIVING IN A VAN” is the most popular videos on her channel. It has racked more than 13 million views as of now.

At the moment, her channel is growing day-by-day with over 1.8 million following her video content. Also, she is consistent in uploading videos as she uploads videos three to four times in a month a week.