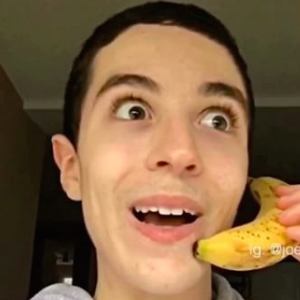 Joewoahy came into the social media world with a personality which can make anyone laugh. He doesn’t add fakeness in his content and we can see just Joe being Joe. This is the reason why he has earned a lot of popularity for his frank nature. Now, let us know more about him.

Joewoahy was born on March 10, 2000, in Canada. Ever since Joe was a kid, he was passionate and interested in making others laugh and entertain. As he grew up, Joe became an Instagram star who earned a lot of fame and attention for short funny videos and memes contents which he uploads on his Instagram account.  At the time of writing this article, Joe has already amassed more than 1.5 million on Instagram alone.

There has always been a question of whether he is gay or not because of the way he acts. But, he uploaded a video named “Coming Out.” Many people thought that he would share his emotional story. But, you know Joe, he instead trolled everyone saying his true self is “Pickle.” Nevertheless, he revealed that he is gay. He also came out to his parents that he was gay. His mother is very supportive of him but, he doesn’t share a close bond with his father. Also, he gave encouragement to gay people that they should not be afraid of anyone.

Joewoahy being a gay raises a curiosity among his fans to know who is he in a relationship with. Luckily, he is committed to a serious relationship with Julian Daniel. He is a talented singer as well as a songwriter. Joe introduced Julian to his channel and people just loved them for their goofy and funny personalities.

Merchandise: At the moment, he mostly sells a custom-made T-shirt, hoodies and other accessories with various stickers and prints from yoobe.me. The prices of the merchandise range from $15 – $50 which is very affordable and gets ‘sold out’ time and again.

YouTube: Currently, he has more than 215k subscribers on his channel with an average of 12,845 views daily.

According to socialblade.com, from his YouTube channel, he earns an estimated $816 – $13k in a year calculating the daily views and growth of subscribers.

Net worth: Thus, evaluating all his income streams, explained above, over the years, and calculating it, Joewoahy’s net worth is estimated to be around $100k – $200k.

Sibling:    He has a older sister.