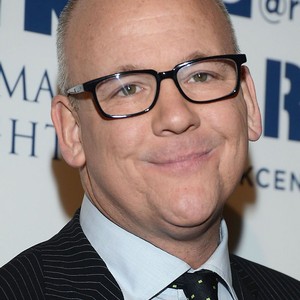 John Heilemann is an American journalist and national affairs analyst for NBC News and MSNBC. John has also been known for being the co-author of famous books Game Change and Double Down.

In this article, we have gathered some interesting and important information about John. His family, education, career, age, and many more. So, make sure to read it till the end.

John Heilemann was born on January 23, 1966, in Los Angeles, California. John is of Caucasian descent.   He appears to be reserved about his parent’s history, so, he has not mentioned anything about his parents until now. He has not given any insight into his childhood until now. It seems that he is very focused on his career.

He received a bachelor’s degree in journalism and political science from Northwestern University and a master’s degree from the  John F. Kennedy School of Government at Harvard University.

Talking about his relationship status, He is a married guy. He is married to a woman named Diana. The couple got married in 2006. Diane an Associate Partner based in IDEO’s NY office. She works with organizations to reimagine who they are, what they do, and how they do it. Drawn to big challenges, she actively helps IDEO and its client’s effect change at scale through the design of new businesses, ventures, and partnerships She has also designed and launched new entities within large-scale organizations as diverse as corporations like News Corp and government agencies such as the National Science Foundation. The couple has been living their life happily.

John Heilemann has covered politics, business, and their intersection for nearly three decades in America and abroad. He is a host, executive, producer, and creator of Showtime’s The Circus. John is also national affairs analyst for NBC News and MSNBC, where he appears regularly on Morning Joe, The Last Word, Deadline: White House, The 11th Hour, and other programs. During the 2016 election season, John served as a managing director of Bloomberg Politics and host of MSNBC and Bloomberg TV’s daily political news and analysis program With All Due Respect. He also hosted a four-part documentary series for Discovery called Download: the True Story of the Internet, about the rise of the World Wide Web, which first aired in 2008.

Furthermore, John is a writer as well. In 2001, he published his book Pride Before the Fall, which is a book about the Microsoft antitrust case. He has also been a staff writer for magazines like New York, Wired, and The Economist. He has co-authored two of the most successful and influential books in history on presidential politics; The New York Times No.1 sellers Game Changers and Double Down.

John Heilemann stands at the height of 5 feet and 10  inches. However, the information regarding his weight remains unknown. John looks very attractive with beautiful Dark Brown eyes and Bald hair. Also, he has an Average body physique. The details regarding his body measurements remain unknown.

Journalist: Until now, John has not revealed any information about his incomes or earnings. However, according to www.payscale.com the average salary of a journalist in NBC News is estimated to be around $78,849.

Sponsorship: As he has more than 66.7k followers on his Instagram account, advertisers pay a certain amount for the post they make. Considering his latest 15 posts, the average engagement rate of followers on each of his posts is 1.59%. Thus, the average estimate of the amount he charges for sponsorship is between $265.5 – $442.5.

Q: What is John Heilemann’s birthdate?

Q: What is John Heilemann’s age?

A: John Heilemann is 56 years old.

Q: What is John Heilemann’s height?

Q: Who is John Heilemann’s Wife?

A: John Heilemann is Married at the moment.

Q: What is John Heilemann’s Net Worth?