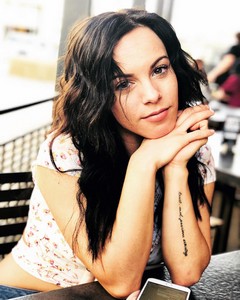 Jojo Gomez has been a voice to those struggling dancers who are facing the social stereotypes that dance is not a good career. She has been an inspiration to many as she is open to sharing about her early career when she used to dance alone in her small apartment in Los Angeles. Due to her years and years of hard work, she is now one of the most sought dancers in the world collaborating with world-famous artists such as Tinashe, Demi Lovato, Charlie Puth and Backstreet Boys.

Jojo Gomez is an American Instagram star who gained a lot of fame and attention for dance and choreography videos collaborating with various dancers which she uploads on her Instagram account.  As of November 2018, she has already amassed more than 1.1 million on Instagram alone. Also, she has a YouTube channel with over 730k subscribers, where she uploads her dance and tutorial videos.

Sponsorship: As she has more than 1.1 million followers on her Instagram account, advertisers pay a certain amount for the post they make. Considering her latest 15 posts, the average engagement rate of followers on each of her post is 3.35%. Thus, the average estimate of the amount she charges for sponsorship is between $2,234.25 – $3,723.75.

YouTube: The dance tutorial videos that she uploads on her YouTube channel are well-viewed. According to socialblade.com, she generates estimated yearly earnings of $41.2K – $658.9K.

Other: She has her own dance studio as well as she works for the famous artist which brings her hefty amount of cheque. Also, she has been endorsed by the famous brand, Puma. However, this source of income cannot be estimated as it is not public in nature.
Thus, considering all her income streams discussed above, her estimated net worth is anywhere between $500k-$600k. However, this figure is not accurate as there are lots of other income streams which are not evident to us. So, her net worth will be evaluated more accurately in the coming days..

Present status:    Jojo and Donovan are both professional dancers. It means that their passion and their dreams are similar which makes their relationship more playful as well as understanding. They both upload photos of each other expressing the love they have each other. Also, they have been in the relationship for quite a time now as they celebrated their 3rd anniversary on September 10, 2018. Right now, their relationship is still going strong without any signs of complications and problems.

Sibling:    She has a brother named George who has frequently appeared on her Instagram posts.

Childhood:    Jojo’s parents used to take her to various dance shows and broadways which sparked her interest in dancing since a very young age. She used to watch various YouTube videos and mimic the dance steps. Eventually, she was so good at it that she completed the basics of every dance forms within the age of 11. After that, she began taking part in numerous dance shows and competitions which developed her into the professional dancer she is right now.