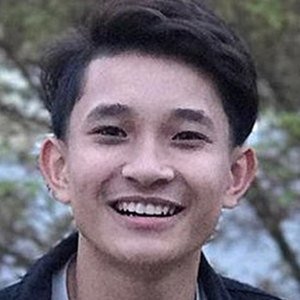 Joshua Kim is an American YouTuber who is best-known for uploading .pranks, challenges, reaction, comedy videos, gaming videos and vlogs in his channel, Skunky. At the moment, he has earned more than 173k subscribers as of June 2018. Also, his channel has garnered more than 6 million views as well.

Before YouTube, he was Vine video content creator uploading comedy and funny videos. He had more than 125k followers before the app was shut down.

Joshua Kim  started his YouTube channel on Jan 29, 2016 and uploaded his first video on Feb 21, 2016 titled “SCORPION HOT SAUCE CHALLENGE.” Since then he has been uploading various .pranks, challenges, reaction, comedy videos, gaming videos and vlogs

Till now, out of all his videos, “GIANT GUMMY BEAR | SKUNK FT. MIGHTYNEICY” is the most popular videos on his channel. It has racked more than 800k views as of now.

At the moment, his channel is growing day-by-day with over 173k following his video content. Also, he is consistent in uploading videos as he uploads videos three to four times a week.