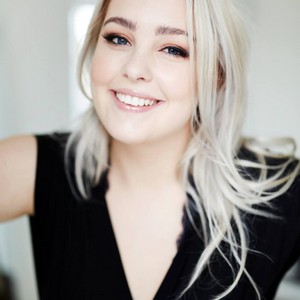 You might find many beauty gurus and YouTube stars and one of the shining stars in the beauty community is Julia Sofia Aastrup. Julia is a Danish Beauty guru who is popularly known for her YouTube channel where she uploads beauty, fashion, and lifestyle vlogs.

To know more about her stay tuned till the end as we will be covering the information regarding her such as height, age, career, and so on in this article given below.

Julia Sofia Aastrup is a 24 years old YouTuber, . Julia accumulated a lot of fame and recognition for her beauty and lifestyle vlogs, makeup tutorials, reactions, beauty tips which she uploads in her channel, Julia Sofia.

In 2016, She published her first book which was named Smuk indeni, smuk udenpå ( Beautiful inside, beautiful outside). In 2018, She published another book ‘My own biggest fan’ and in 2020 she is will publish a new book named ‘Imperfect perfect’

Right now, Julia has earned more than 198k subscribers. Not just that, her channel has attained a total of more than 84 million views from her videos. Other than YouTube, she has lots of fan followings on her various social media platforms.

She also participated in a dancing reality show which was called WIld with dance alongside a professional dancer Frederik Nonneman in September 2017. She placed 5th in the competition. She has also appeared in TV programs.

Julia Sofia Aastrup was born on March 30, 1998, in Denmark. Julia is of Caucasian descent.  She appears to be reserved about her family history, so, she has not mentioned anything about her parents until now. She has a younger sister and a brother. However, we could not find further information about them. Ever since Julia was a kid, she was passionate about Modeling, dancing, swimming, writing

She went to a primary school in Karlslunde and after primary school, she started at Ørestad Gymnasium. However, She dropped out in the middle of 2nd grade to pursue her career.

Julia is one of the famous and prettiest YouTube stars. being such a famous social media star it is an inevitable fact that his fans would want to know about her relationship status. today, we will be revealing some facts about her romantic life.


Julia has shared her everyday life openly and has kept her life clear to the public. However, one thing she kept a secret from her fans but temporarily is her love life. When Julia hosted a TV show she revealed herself to be a lesbian. Even though she has only loved girls, she does not want to label her sexuality. She also feels that putting labels on things prevents people from learning more about themselves

Julia Sofia Aastrup stands at a height of 5 feet 4 inches (1.63 m). At the moment, the information about his weight remains unknown. Julia looks very attractive with beautiful Hazel eyes and Blonde hair. Also, she has a slim and curvy body figure body physique. Unfortunately, the detailed statistics regarding her body measurements remain unknown.

What is Julia Sofia Aastrup’s NET WORTH and YOUTUBE EARNINGS??

Considering Julia’s latest 15 posts, the average engagement rate of followers on each of her post is 2.91%. Thus, the average estimate of the amount she charges for sponsorship is between $906 – $1,510.

So is the case for Julia Sofia Aastrup, as most of her earnings and incomes come from YouTube. The subscribers and viewers count of her has risen significantly over the years.

Currently, she has more than 198k subscribers on her channel with an average of 11,821 views daily.

Net Worth: According to socialblade.com, from her YouTube channel, Julia earns an estimated $1.1K – $17K in a year calculating the daily views and growth of subscribers. Thus, evaluating all her income streams, explained above, over the years, and calculating it, Julia Sofia Aastrup’s net worth is estimated to be around $200,000 – $300,000.

Till now, out of all her videos, “♡ 80K Subs // THE PIZZA CHALLENGE! ♡” is the most popular videos in her channel. It has racked more than 1.3 million views as of now.

At the moment, her channel is growing day-by-day with over 198k following her video content. Also, she is consistent in uploading videos as she uploads videos 4 – 5 days a week.

She won Nickelodeon’s Kids Choice Award for “Denmark’s Favorite Vlogger” in 2017. She was nominated for the Zulu Award in the category “Webstar of the year”. She also won The Gold Tube award for SoMe Media of the year on 2018.

Is Julia Sofia Aastrup involved in any RUMORS AND CONTROVERSY?

A: Julia Sofia Aastrup is Single at the moment.

Q: What is Julia Sofia Aastrup’s Net Worth?