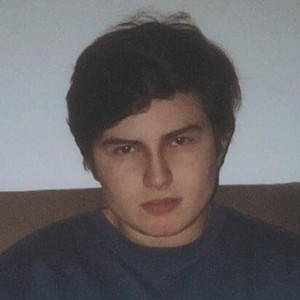 Nowadays, the world is an open place for all, with freedom and rights. Utilizing the thing, Kalvin Garrah has openly shared all his secrets. He is a transgender vlogger who has gained massive recognition for sharing his daily life and his transition

Kalvin Garrah was born on July 6, 2000, in Maryland, USA. Ever since Kalvin was a kid, he was always keen and passionate about lifestyle and vlog. As he grew up, he earned a lot of fame for his life stories, and transition struggle from female to male, pranks, challenges, reaction, and vlogs which he uploads in his channel, Kalvin Garrah.

Right now, Kalvin has earned more than 292k subscribers. Not just that, his channel has attained a total of more than 19 million views from his videos. Other than YouTube, he has lots of fan followings on his various social media platforms. Also, he has more than 193k  followers on his Instagram alone at the time of writing this article.

Kalvin Garrah is a guy who has transformed himself into a man with the help of a lot of surgeries and medication. He got immense support from his family, fans, and girlfriend during that phase. His girlfriend is Hannah who is often featured on his Instagram. They are very open about their relationship. They both post about each other quite often. They are a fine example of love for everyone.

Considering Kalvin’s latest 15 posts, the average engagement rate of followers on each of his post is 9.99%. Thus, the average estimate of the amount he charges for sponsorship is between $582.75 – $971.25.

At the moment, he mostly sells a custom-made T-shirt, hoodies and other accessories with various stickers and prints. The prices of the merchandise range from $20-$100 which is very affordable and gets ‘sold out’ time and again.

So is the case for Kalvin Garrah, as most of his earnings and incomes comes from YouTube. The subscribers and viewers count of his has risen significantly over the years.

Currently, he has more than 292k subscribers on his channel with an average of 115,901 views daily.

Net Worth: According to socialblade.com, from his YouTube channel, he earns an estimated $10.4K – $166.9K in a year calculating the daily views and growth of subscribers.

Thus, evaluating all his income streams, explained above, over the years, and calculating it, Kalvin Garrah’s net worth is estimated to be around $100,000-$200,000.

Kalvin Garrah started his YouTube channel on October 1, 2011, and uploaded his first video titled “GENDER NEUTRAL LOOKBOOK!.” Since then he has been uploading various life stories, and transition struggle form female to male, pranks, challenges, reaction, and vlogs.

Till now, out of all his videos, “Trans Guy Reacts to CRAZY Transtrender” is the most popular videos in his channel. It has racked more than 1.4 million views as of now.

At the moment, his channel is growing day-by-day with over 292k following his video content. Also, he is consistent in uploading videos as he uploads videos 3-4 times a week.