Karen Pittman is an American actress who is best known for her role as Priscilla Ridley in the famous series “Luke Cage”. The audience might know the reel life Karen but not many might know about real-life Karen Pittman.

So, for those wanting to know about her, we have gathered some information about her family, career, education, and many more in the article below.

Karen Pittman was born on May 12, 1986, in the United States. Karen is of Multi-racial descent.   She appears to be reserved about her parent’s history, so, she has not mentioned anything about her parents until now.  Ever since Karen was a kid, she was passionate about Acting. She has not given any insight into her childhood until now. It seems that she is very focused on her career.

She attended Northwestern University majoring in Science in Voice and Opera. Later, she received her Master of Fine Arts degree from NYU’s Graduate Acting Program.

Talking about Karen’s relationship status, she has remained tight-lipped about this topic. She has not mentioned any information related to this topic on the internet until now. Karen is a mother of two children Jacob and Lena. Her personal life can be a bit confusing for many because he was married to a Jewish man and together they gave birth to Jacob. However, Karen has not revealed the name of the father of her son.

Besides that, Karen also dated an actor Victor Williams and the couple gave birth to their daughter Lena. However, Victor and Karen later got separated after the birth of Lena. Lena. She even sued him once after their separation in January 2012, when he didn’t pay his share for their daughter’s food, clothes, and child care. 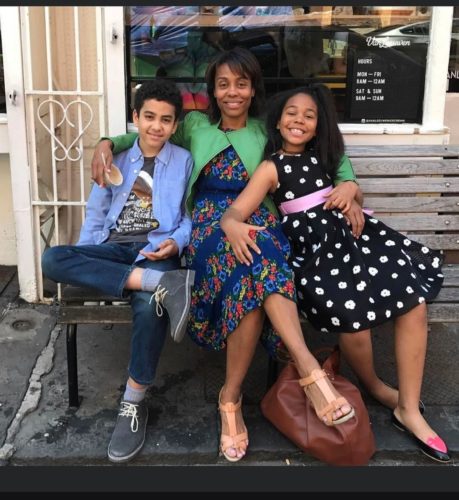 Karen Pittman is widely known for her performance as Priscilla Ridley in the famous Netflix series Luke Cage. Karen made her debut in the 2009 TV series called “Great Performance”. She appeared in few Tv series in the year 2009 including “30 Rock”, “Law and Order”, “Kings”, and “Medium”.  In 2010, Karen appeared as a press secretary in one of the episodes of the series “White Collar”. She was also featured in the 2013 TV series “The Good Wife.” In 2014, she got featured in the series ” The Blacklist” and “The Americans”. She played the role of a girl named Lisa in the series “The Americans”. She was featured in few series including “Horace and Pete”, “Person of Interest”, “Blindspot”, “Madam Secretary.” She played the role of Priscilla Ridley in the famous series Luke Cage from the year 2016 to 2018. As of now, she is playing the role of Mia Jordan in “The Morning Show” and Caroline Hopkins in the series “Evil.”

Karen Pittman stands at the height of 5 feet and 5 inches. However, the information regarding her weight remains unknown. Karen looks very attractive with beautiful Dark Brown eyes and Dark Brown hair. Also, she has a Slim and Lean body physique. The details regarding her body measurements remain unknown.

Actress: Karen has not mentioned information about her earnings or incomes so far. However, according to www.payscale.com the average income of an actress is estimated to be around $50,151

Sponsorship: As she has more than 21.1k followers on her Instagram account, advertisers pay a certain amount for the post they make. Considering her latest 15 posts, the average engagement rate of followers on each of her posts is 1.81%. Thus, the average estimate of the amount she charges for sponsorship is between $129 – $215.

Q: What is Karen Pittman’s birthdate?

Q: What is Karen Pittman’s age?

Q: What is Karen Pittman’s height?

A: Karen Pittman’s height is 5 feet and 5 inches.

Q: Who is Karen Pittman’s Boyfriend?

A: Karen Pittman is Single at the moment.

Q: What is Karen Pittman’s Net Worth?

It is apparent that several bad information about figures like her involving them spread here and there. Her  haters can make stories and attempt to take her down due to jealousy and envy. Yet, she has nevermore given much thought to it. Preferably she concentrates on positivity and love, her fans and followers return to her. She has done excellent work to keep herself distant from controversies until this day.